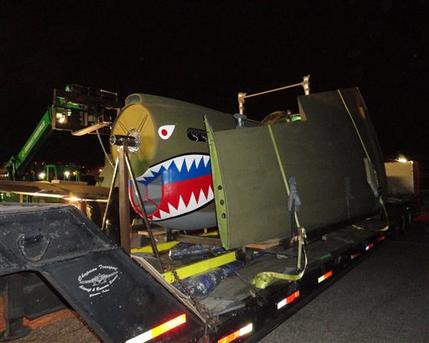 New Orleans will get a flavor of one of the most heralded episodes of World War II when a Curtiss P-40 Warhawk, restored in the shark-nosed markings of the famed Flying Tigers, goes on display at the National World War II Museum.

The aircraft, a P-40E model, is the kind flown by the 1st American Volunteer Group formed in China by Gen. Claire Chennault shortly before the United States entered the war. However, this one never flew for the Tigers; its service was limited to the Aleutian Islands.

Thousands of P-40s were produced during the war and supplied to U.S. allies in every theater. Most were scrapped as advanced fighters such as the P-51 Mustang became available. Today, P-40s are rare.

For the complete story by Janet McConnaughey of The Associated Press, click here.