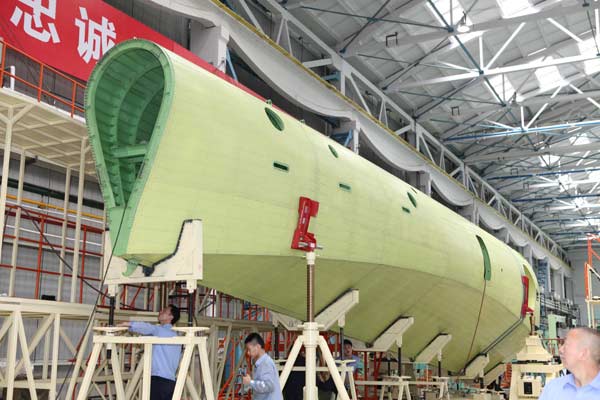 China will be able to use its first domestically developed amphibious plane to enhance its operational capability at sea and safeguard its maritime interests, according to the aircraft’s chief designer.

“The primary uses of the AG-600 will be forest fire control and maritime search and rescue,” Huang Lingcai told China Daily on Monday. “But it can also play an important role in law-enforcement tasks at sea and other maritime operations that protect our rights and interests.”

The plane is due to make its maiden flight in the first half of next year. Huang was speaking after a ceremony in Hanzhong, Shaanxi province, marking the delivery of its rear fuselage.

For the complete story by Zhao Lei of China Daily, click here.