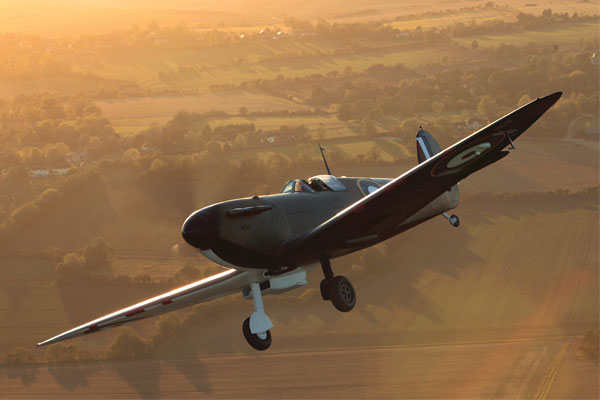 The Battle of Britain’s Youngest Warrior

As Hitler’s tanks roll into Poland on September 1, 1939, Europe’s worst fears are confirmed: war becomes inevitable. A thousand miles away, a young man celebrates his first solo flight in a de Havilland Tiger Moth, heading to a quiet English country pub with friends to enjoy a pint of beer. As his training continues, the mighty German Blitzkrieg sweeps across the continent. Soon he will earn his coveted Royal Air Force pilot wings in time to join the most epic aerial battle of history: defending the green fields of his homeland from the Luftwaffe foe determined to clear the path for invasion. Interviewed in London’s RAF Club, Geoffrey Wellum recounted his experiences as the youngest pilot to fly and fight during the Battle of Britain.

To read more, open the PDF by clicking the link: https://www.flightjournal.com/wp-content/uploads/2014/06/Never-Stay-Still.pdf?746277