Decades after it sunk, the battleship Tirpitz is still stunting the environment!

The scars of World War II are still visible today. A new study out looks at how Nazis warped Norwegian trees with poisonous gas to mask one of the largest battleships built for the conflict. 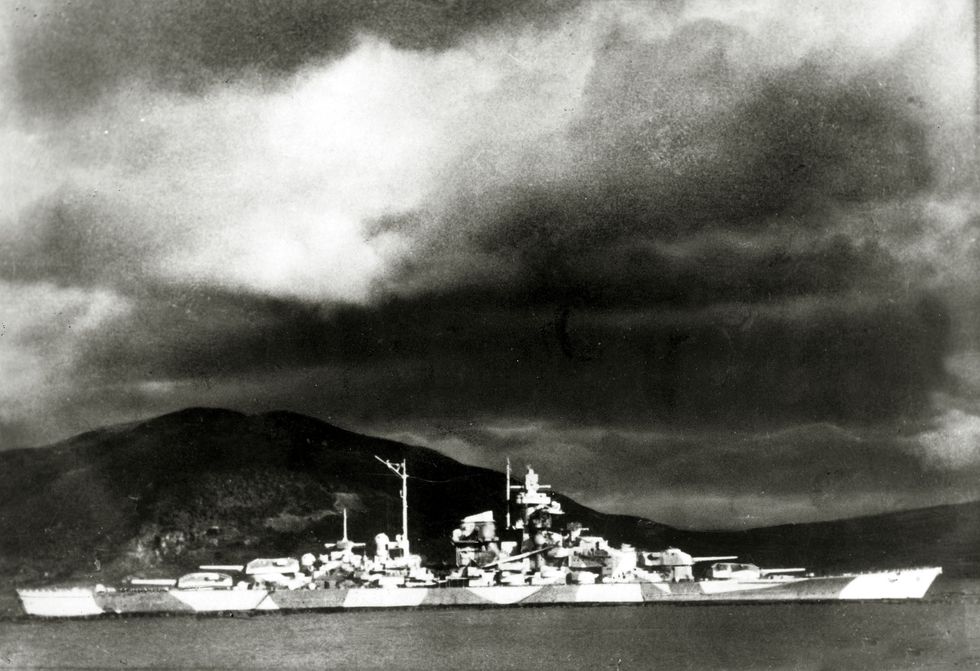 Launched in 1939, the Tirpitz was one of two Bismark-class battleships built by the Nazi Kriegsmarine shortly before World War II began. Like many of the Nazis military projects, Bismark-class ships were built to intimidate. With an overall length of 823 feet (251 meters), over 2,000 Nazi sailors, a main battery of 8 15-inch guns in 4 twin turrets and enough space to carry four planes, the ship was hard to miss. 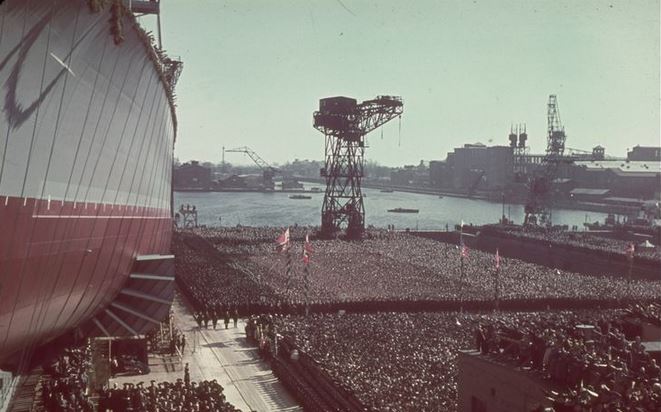 The celebration of the Tirpitz being launched in 1939. —Getty Images Hugo Jaeger

After the Tirpitz was commissioned into the war in 1941, Kriegsmarine Grand Admiral Erich Raeder decided that it be sent to Norway, which had been successfully occupied by the Nazis the previous year. The Tirpitz was sent to act as a “fleet in being,” a singular force that is so powerful it can influence enemies by its mere presence.

The goals of the Tirpitz was to prevent an Allied invasion, disrupt British and Soviet supply lines, and keep Allied forces preoccupied with its possible location. But the challenge of hiding the massive ship in Norway’s fjords was a difficult one, compounded by a persistent Norwegian resistance movement transmitting information about the Tirpitz whenever they could. The ship’s crew would chop down trees and place them aboard the Tirpitz to try to camouflage it and then, as discussed in a new German-American-Norwegian study, released chlorosulphuric acid to create an artificial fog to further mask its location.

Claudia Hartl, from the Johannes Gutenberg University in Mainz, Germany, was studying the growth of pine tress near Alta in western Norway when she noticed something odd: The older trees had no growth rings. Rings can be hindered by severe cold or insects, but Hartl knew of no natural force that could halt a tree’s growth outright. Looking at the war records, Hartl’s trees line up with the Tripitz’s locations.

“We think this artificial smoke damaged the needles on the trees,” Dr. Hartl tells the BBC. “One of the trees found had no growth for 9 years. Afterwards, it recovered but it took 30 years to get back to normal growth. It’s still there; it’s still alive, and it’s a very impressive tree,” Dr Hartl says.

It took three years and multiple operations, but in 1944 30 RAF Lancaster bombers armed with Tallboy earthquake bombs finally sunk the Tirpitz. The ship took two bombs, suffered internal explosions and soon capsized. After the war, a Norwegian-German salvage operation found the remains. Parts of its metal are still sold today in knives.

“I think it’s really interesting that the effects of one engagement are still evident in the forests of northern Norway more than 70 years later. In other places in Europe, they also used this artificial smoke and may be also other chemicals. So perhaps you can find similar patterns and effects from World War II,” she tells the BBC.

The war has made itself felt in other ways in recent years, like when a woman relaxing by the Elbe last year accidentally picked up some white phosphorus.