The first United States Navy and United States Marine Corps fighter that could exceed Mach 1 in level flight, the Douglas F4D Skyray was an American carrier-based fighter/interceptor. Although it was in service for a relatively short time and never entered combat, it was the first carrier-launched aircraft to hold the world’s absolute speed record, at 752.943 mph. Designed to meet the Navy requirement (issued in 1947), for a fighter aircraft that could intercept and destroy an enemy a

ircraft at an altitude of 50,000 ft. within five minutes of the alarm being sounded.

The original J40 turbojet engine proved troublesome and was eventually replaced by the Pratt & Whitney J57, a more powerful but larger engine. Production aircraft were not delivered until early 1956, and the US Marine Corps received their first aircraft in 1957.

In total, 419 F4D-1 (later designated F-6) aircraft were produced. Its unique design also played a part in making the Skyray one of the best-known early jet fighters. It was affectionately known as the “Ford”. 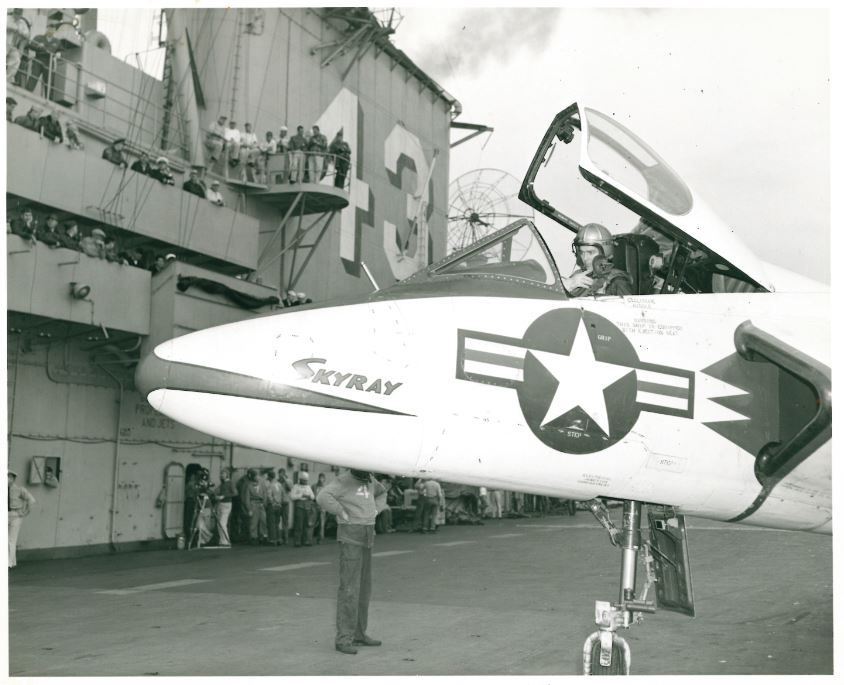 (Above) The test pilot,  LCDR James B. Verdun USN, straps into the cockpit of the Skyray during carrier evaluation flights aboard the USS Coral Sea. October 29, 1953. 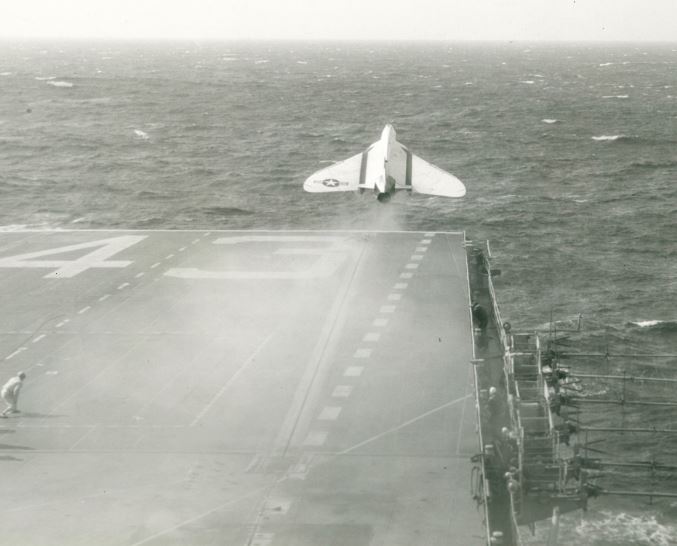 One of several catapult launches off the USS Coral Sea aircraft carrier. October 29, 1953. 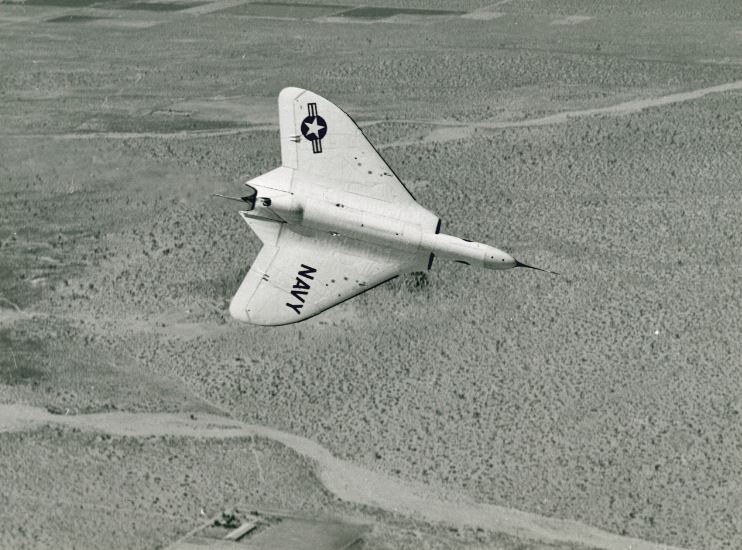 One of the very first unclassified photos of the Skyray released to the public. 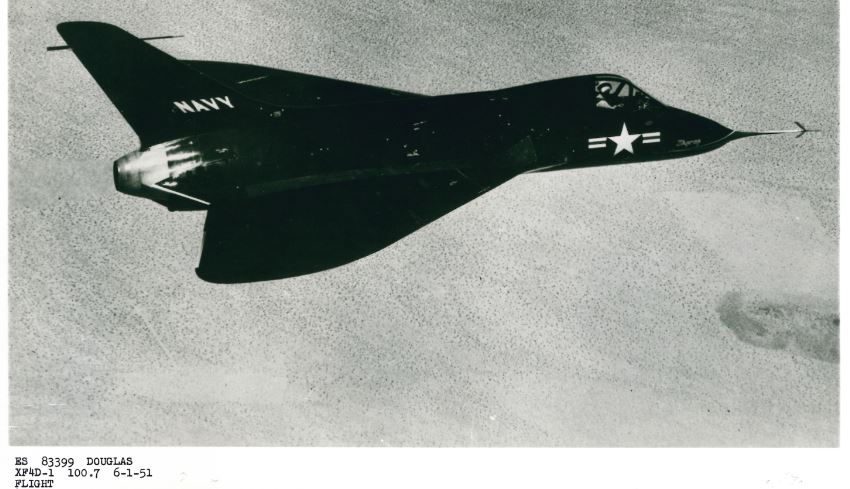