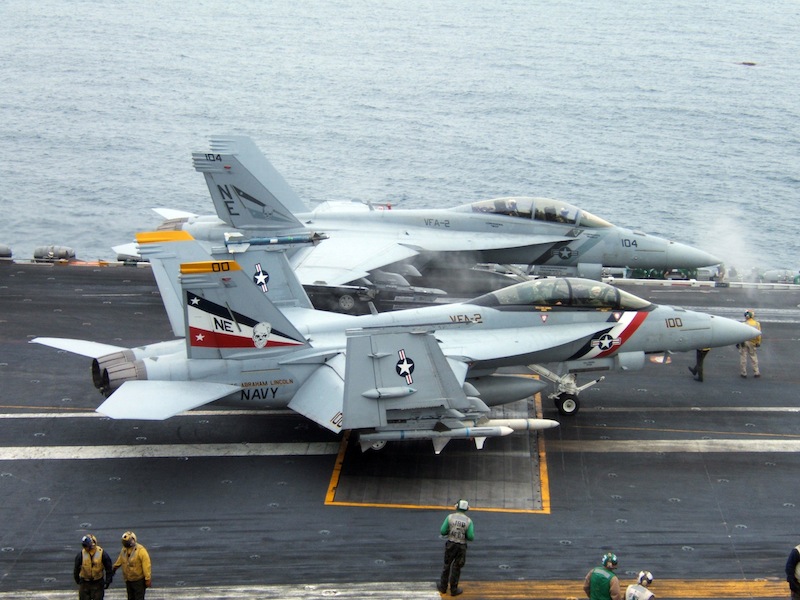 Due to spending cuts, U.S. Navy aircraft will be sent into long-term storage, training will be limited to a simulator and the daily routine will shift to admin work. And it may begin as soon as April.

These are the latest details from Naval Air Forces, which is planning for the standdown of four carrier air wings as a result of sequestration, the broad spending cuts that took effect March 1 and are expected to cost the Defense Department $46 billion over the next year. It’s an unprecedented process with many unsettled details, but one thing is clear: this spring, naval aviation will be much different from the winter unless the military gets more money.

Carrier Air Wing (CVW) 2, attached to the U.S.S. Ronald Reagan, is set to stand down in April, said Naval Air Forces spokesman Cmdr. Kevin Stephens in an email. The other three will be CVW-9 on the U.S.S. John C. Stennis, CVW-17 on the U.S.S. Carl Vinson and CVW-7 on the U.S.S. Dwight D. Eisenhower.

Discussions are ongoing to determine when and how those three wings will be shut down, but it will occur this fiscal year, which ends Sept. 30, according to Stephens.

For the complete story by Joshua Stewart of the Navy Times, click here (subscription required).