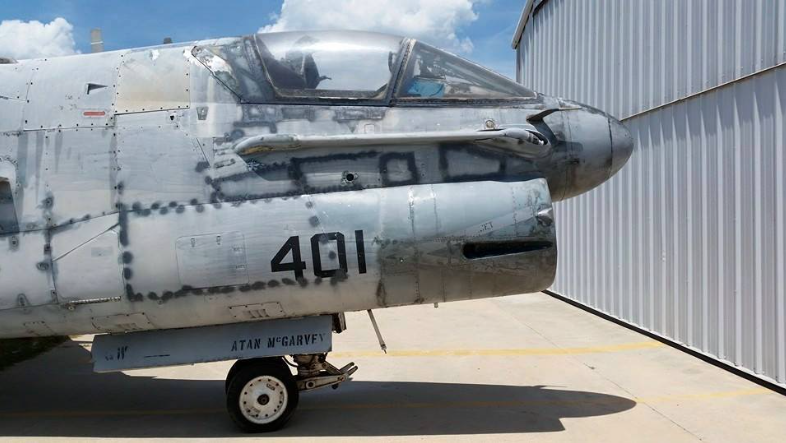 It’s been 44 years since Sonny Kifer has sat in the cockpit of an LTV A-7B Corsair II, but he can still recognize it at a quick glance.

Kifer was a U.S. Navy pilot in the Vietnam War, serving on an aircraft carrier about 90 miles offshore. Most of his missions involved flights just south of the DMZ (demilitarized zone) en route to bombing runs in Laos. He flew 18 of those missions in the attack squadron VA-93, still emblazoned on the Corsair.

“They had a picture of it flying over the (USS) Midway in ’71 and I asked if I could see it,” Kifer said. “They showed me the picture and it had VA-93 written on it, and I said, ‘I guarantee you I flew that airplane.’ They said, ‘No way.’ I told them, ‘I’m telling you, I flew that airplane.’”

For the complete story by Brett Hudson of The (Monroe, La.) News Star, click here.