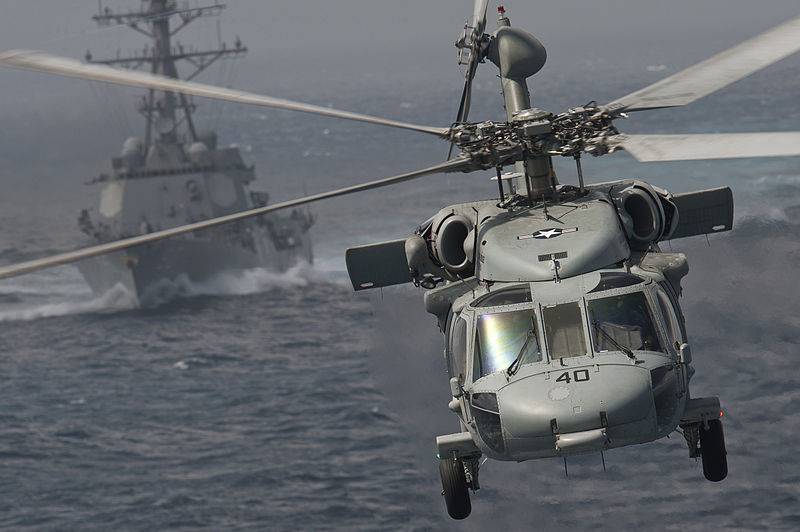 The Sikorsky MH-60S, belonging to Helicopter Sea Combat Squadron 12 out of Naval Air Facility Atsugi, crashed after sending a distress call at 3:31 p.m. Monday, according to a Commander Naval Forces Japan spokesman. The helicopter attempted an emergency landing and crashed on its left side in the empty area, across from Jogashima island on the southern part of the Miura Peninsula, in Miura city.

For the complete story by Erik Slavin of Stars and Stripes, click here.