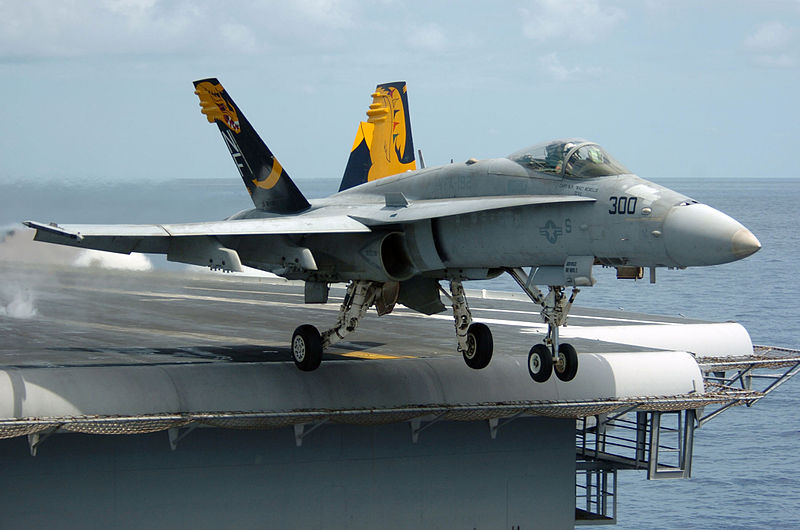 The U.S. Navy marked the Boeing F/A-18 Hornet’s 35th anniversary with the fleet on a Monday at a ceremony at Naval Air Station Patuxent River, Md.

“The F/A-18 and EA-18G program continue to thrive,” said Capt. Frank Morley, Naval Air Systems Command’s (NAVAIR) manager for the Hornet and Growler programs. “And [it] is by far the most predominant tactical force in naval aviation both in the United States Navy and the United States Marine Corps.”

The Navy is continuing to procure Super Hornets and Growlers through the President’s budget proposal for Fiscal Year 2014. But that budget is expected to be the last year in which funding is included for additional jets. Production is currently slated to end in 2016 unless the Navy procures more aircraft or the Congress adds more airframes to the budget.

For the complete story by Dave Majumdar of USNI.org, click here.