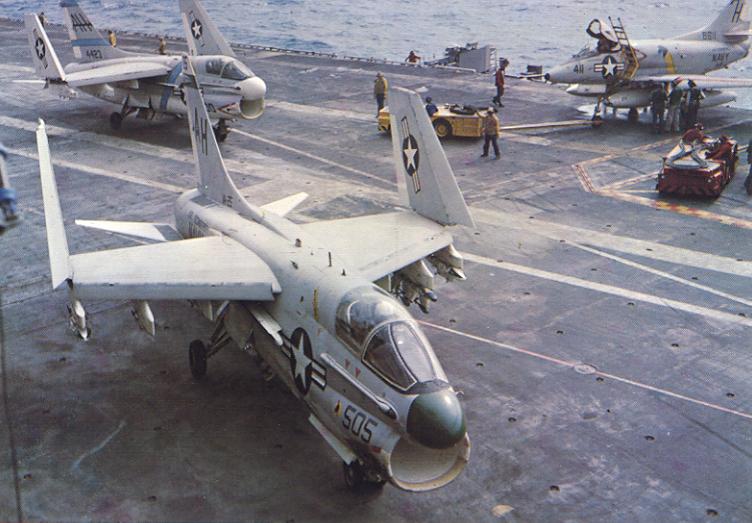 Bob Besal went on a fishing trip this month off the coast of St. Augustine, Fla. The 62-year-old retired rear admiral, who earned two Distinguished Flying Cross awards and spent a lifetime on the water and above it, didn’t catch any fish, but he did return with some memorable souvenirs.

Twenty miles from shore and 80 feet under the Atlantic, parts of Besal’s past were brought to the surface. Nearly 38 years ago, the naval aviator made a critical decision that almost cost him his life and ultimately defined it.

Besal and three other pilots were simulating bombing runs on a training mission when his Vought A-7 Corsair II clipped the plane next to him. Besal ejected at a speed close to 350 mph.

For the complete story by CNN’s Jim Barnett, click here.