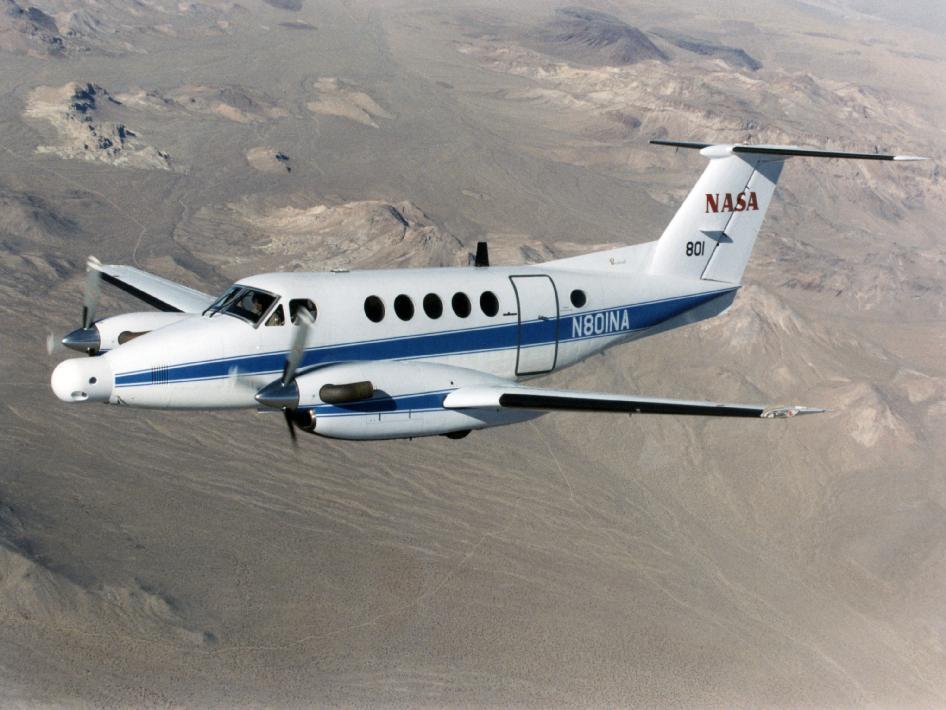 A multi-year NASA science mission soon will be airborne over Houston to help scientists measure and forecast Texas air quality.

A pair of NASA aircraft equipped with scientific instruments will be stationed at Ellington Field in Houston on Tuesday, Sept. 3 as the planes are being readied for a month-long series of flights over the metropolitan area beginning Wednesday, Sept. 4. The aircraft, which includes a Beechcraft B200 King Air, are part of a five-year study NASA calls DISCOVER-AQ, short for Deriving Information on Surface conditions from Column and Vertically Resolved Observations Relevant to Air Quality.

Researchers are working to improve the ability of satellites to consistently observe air quality in the lowest part of the atmosphere. If scientists can better observe pollution from space, they may be able to make better air quality forecasts and more accurately determine where pollution is coming from and why emissions vary.

Flights will be at altitudes as low as 1,000 feet. Sampling will focus on the Houston metropolitan area ranging from Conroe in the north to Galveston in the south.

From a NASA news release