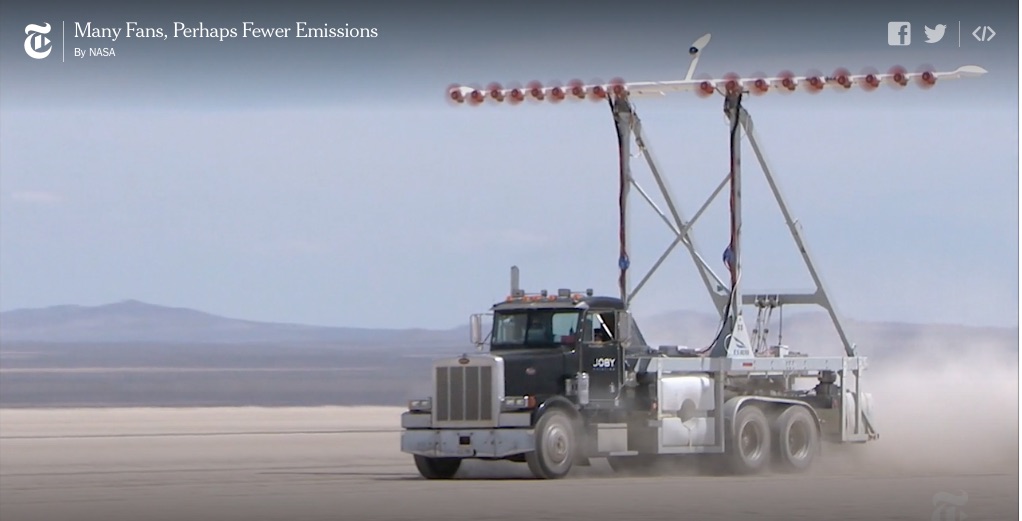 It will never soar into the wild blue yonder, but the dusty Peterbilt truck parked outside a hangar at NASA’s Armstrong Flight Research Center here in California may represent the future of low-carbon aviation.

Perched on steel supports behind the truck’s cab is a 30-foot airplane wing, the kind found on a small plane. Instead of a fossil-fuel-burning engine or two, however, the wing is outfitted with 18 electric motors along its leading edge, each with a small red propeller.

The truck-plane mash-up, a NASA project called LeapTech, is meant to test a new approach to powering flight. Technicians and engineers have been driving the truck down a dry lake-bed runway at this desert base at more than 70 miles per hour, the battery-powered propellers spinning as if a takeoff were imminent.

For video and the complete story by Henry Fountain of The New York Times, click here.

Photo via The New York Times