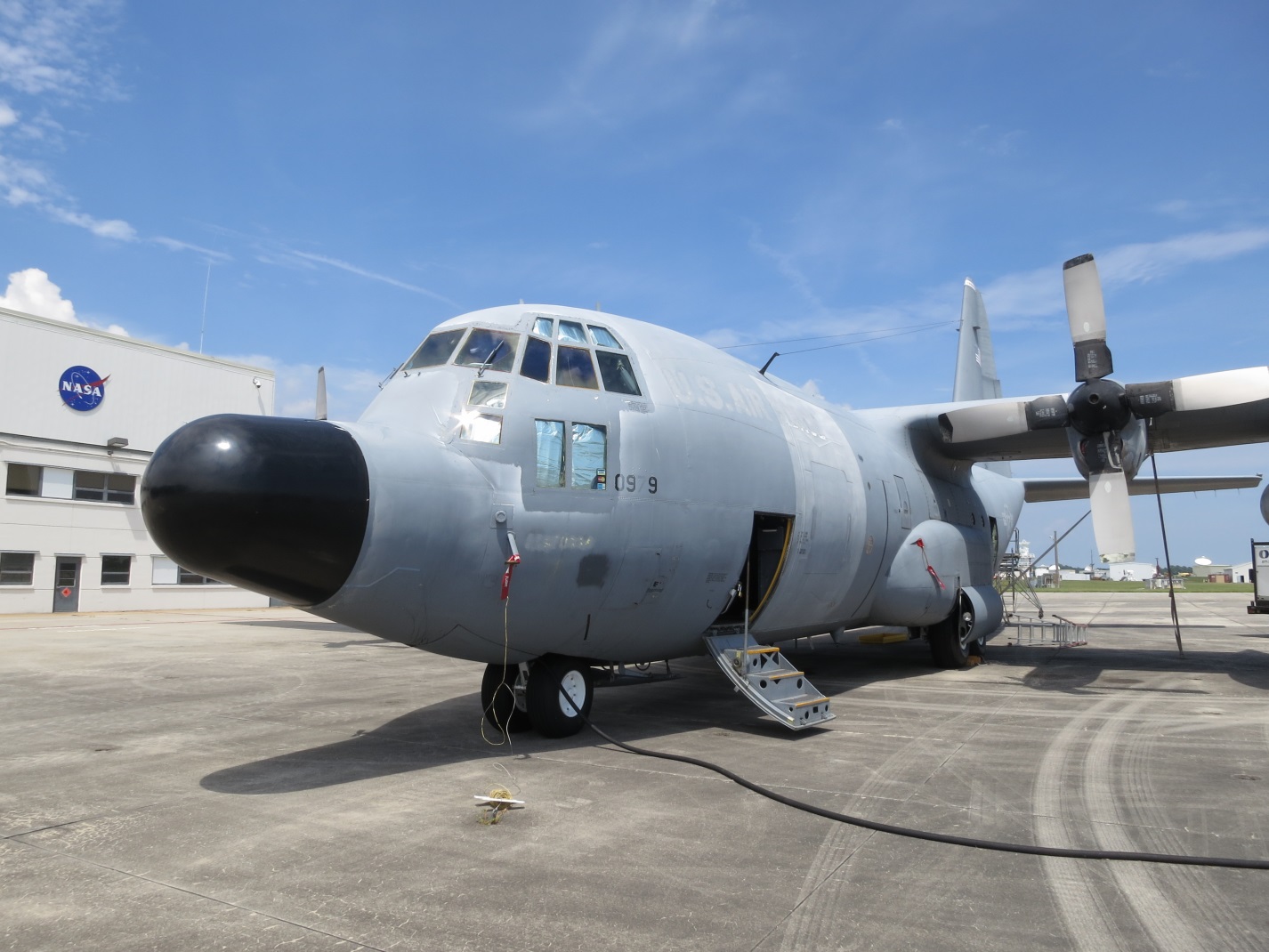 For the first time, a NASA airborne campaign will measure changes in the height of the Greenland Ice Sheet and surrounding Arctic sea ice produced by a single season of summer melt.

NASA’s Lockheed Martin C-130 Hercules research aircraft flew from the Wallops Flight Facility in Wallops Island, Va., to Greenland Wednesday where it will conduct survey flights to collect data to improve our understanding of seasonal melt and provide baseline measurements for future satellite missions. Flights are scheduled to continue through Nov. 16.

The land and sea ice data gathered during this campaign will give researchers a more comprehensive view of seasonal changes and provide context for measurements that will be gathered during NASA’s ICESat-2 mission, which is scheduled for launch in 2016.

“The more ground we cover the more comparison points we’ll have for ICESat-2,” said Bryan Blair of Goddard Space Flight Center in Greenbelt, Md., principal investigator for the Land, Vegetation and Ice Sensor, or LVIS.

Warm summer temperatures lead to a decline in ice sheet elevation that often can be significant in low-lying areas along the Greenland coast. In past years, the Jakobshavn Glacier, located in the lower elevations of western Greenland, has experienced declines of nearly 100 feet in elevation over a single summer.  Higher elevations farther inland see less dramatic changes, usually only a few inches, caused by pockets of air in the snowpack that shrink as temperatures warm.

“Surface melt is more than half of the story for Greenland’s mass loss,” said Ben Smith, senior physicist at the University of Washington’s Advanced Physics Laboratory, Seattle, and member of the science team that selected flight lines for this campaign. The rest of Greenland’s mass loss comes from ice flowing downhill into the ocean, often breaking off to form icebergs, and from melting at the base of the ice sheet.

Researchers will measure ice elevation using the LVIS laser altimeter and the LVIS-GH, a new, smaller version designed to fly on NASA’s Northrop Grumman RQ-4 Global Hawk unmanned aerial vehicle.  LVIS and LVIS-GH will measure separate but overlapping swaths of the ice from an altitude of 28,000 feet.

The C-130 carrying both instruments will fly out of Thule and Kangerlussuaq, Greenland, allowing researchers to sample both high- and low-elevation ice and a variety of geographic areas.

“We plan to concentrate our flights on areas northwest, southeast and southwest Greenland and the Arctic Ocean,” said Michelle Hofton, LVIS mission scientist at Goddard and the University of Maryland, College Park. “The measurements we collect along lines sampled in IceBridge’s spring 2013 Arctic campaign will allow scientists to assess changes over the summer.”

Flying from Thule also will allow mission scientists to gather data on Arctic sea ice shortly after it reaches its annual minimum extent. This will help researchers get a clearer picture of what happens over the summer. It also will help researchers gather new data on snow covering sea ice when combined with information collected by the European Space Agency’s CryoSat-2 polar-monitoring satellite. LVIS detects the snow surface while CryoSat’s radar sees through snow to find the top of the ice. Researchers can combine these measurements to calculate snow depth.

“This will be crucial for assessing the snow cover on sea ice during a very different time of year,” said Nathan Kurtz, sea ice scientist at Goddard.