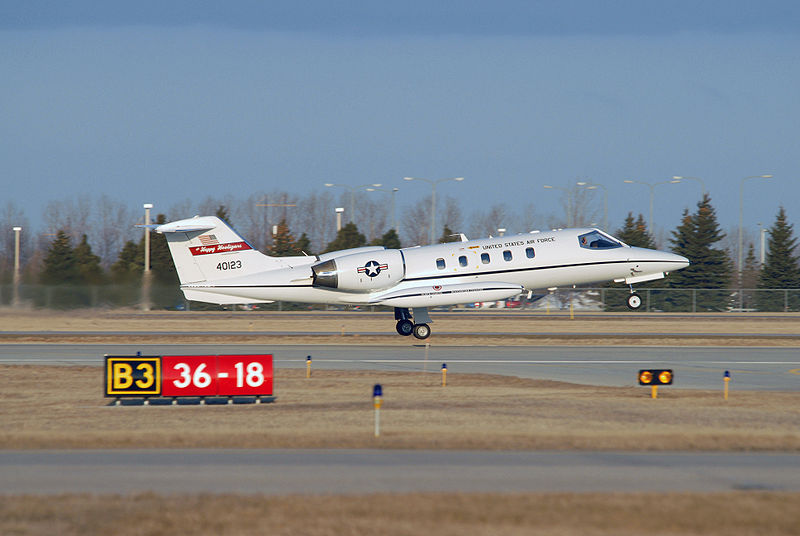 One of the most historic days in the 66-year history of the North Dakota Air National Guard will be marked Tuesday when the last Air Guard aircraft, a Learjet 35-based C-21A, will leave the Fargo base for good, and there will be no aircraft replacing it.

Since February 1947, a month after the service was first established in the state, the airmen known as the Happy Hooligans have been successfully flying and maintaining aircraft. The lack of an active flying mission not only marks a first for the Happy Hooligans, but it makes North Dakota the only state in the nation without a manned Air Guard flying mission.

Among the event’s speakers is retired Maj. Gen. Alexander Macdonald, who commanded the state’s Air Guard prior to serving as the state’s first Air Guard adjutant general. He retired in 1993 after having served for 45 years and flying more than 10,000 hours across every fighter aircraft the unit was assigned. Also speaking will be Maj. Gen. David Sprynczynatyk, North Dakota adjutant general, and Col. Kent Olson, who commands the N.D. unit.

Following the event, Col. Olson and Col. Brad Derrig, vice commander, will fly the C-21A from Fargo at 11:30 a.m. local time. Each officer has flown more than 3,000 hours on missions around the globe during their lengthy careers. This will be their last flight for the Guard as they take C-21A 84-0064 to Wright-Patterson Air Force Base near Dayton, Ohio. On Wednesday, the National Museum of the U.S. Air Force there will accept the plane as its first C-21 in the museum.