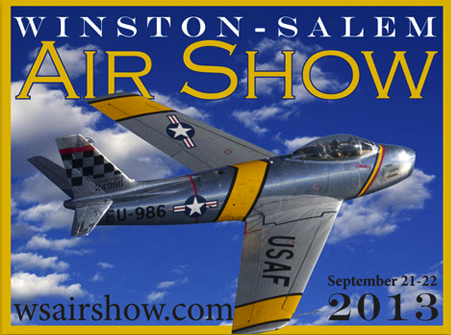 The Winston-Salem Air Show in North Carolina, set for next month, could get a boost in attendance this year because federal sequestration has led to the cancellation of air shows across the country, organizers said. Of the typical 300 to 325 yearly air shows throughout the United States about 65 have been canceled this year, according to the International Council of Air Shows, an industry trade association based in Leesburg, Va.

“We’re certainly expecting 40,000 plus this year,” said Steve Flippin, the director of the Winston-Salem Air Show, which will be held Sept. 21-22 at Smith Reynolds Airport. “Part of that is there are a lot of air show fans all over the country, but, certainly in the Southeast, so many air shows have been canceled.”

Many of the air shows that were canceled this year relied heavily on military groups.

For the complete story by Fran Daniel of the Winston-Salem Journal, click here.