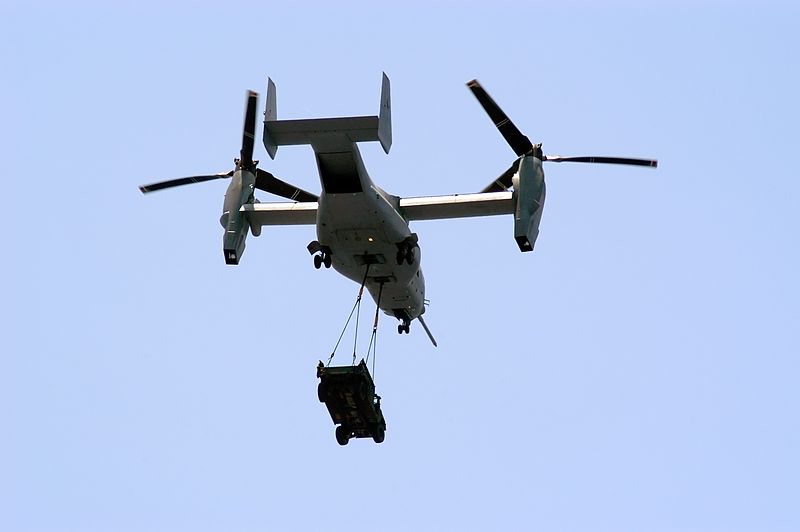 The Bell Boeing MV-22B Osprey, the world’s first-ever tilt-rotor aircraft, will have its “Balikatan” debut this April 5 to 17.

The Ospreys will be used as ship-to-shore connectors. A U.S. Marine Corps statement said that this will the first time the MV-22B will be used to conduct single and dual-point sling loads from a dry cargo and ammunition ship. Earlier, the Armed Forces of the Philippines announced that 30 airplanes, of which 20 are from the U.S., will participate in this year’s Balikatan Exercise.

For the complete story by Asianet via GlobalPost.com, click here.