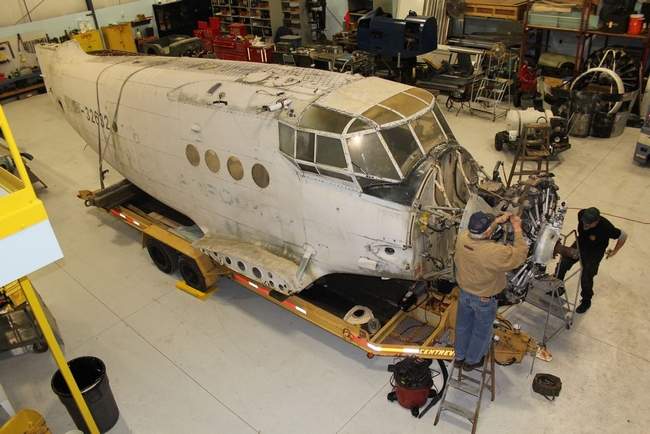 Right now, it’s not much more than a metal hulk covered in faded gray paint, but a Cold War-era Soviet cargo aircraft soon will take its place beside similar, American-built planes at the Air Mobility Command Museum on Dover Air Force Base in Delaware.

The Antonov AN-2 “Colt” was delivered the museum’s restoration hangar on Dec. 4, having been brought in from an airfield near Townsend, where it and a companion AN-2 had rested for a decade. The planes were donated by Delaware Aviation Hall of Fame member Dave Cannavo, a master mechanic who built a flying replica of Charles Lindberg’s “Spirit of St. Louis” when he was 24. Cannavo obtained four AN-2s from a customer who had bought and then abandoned them.

“They were delivered here and that’s where they sat,” Cannavo said. Eventually two of the non-flying aircraft carcasses were sold, but these two continued to sit, eventually becoming home to a number of birds, insects and small animals.