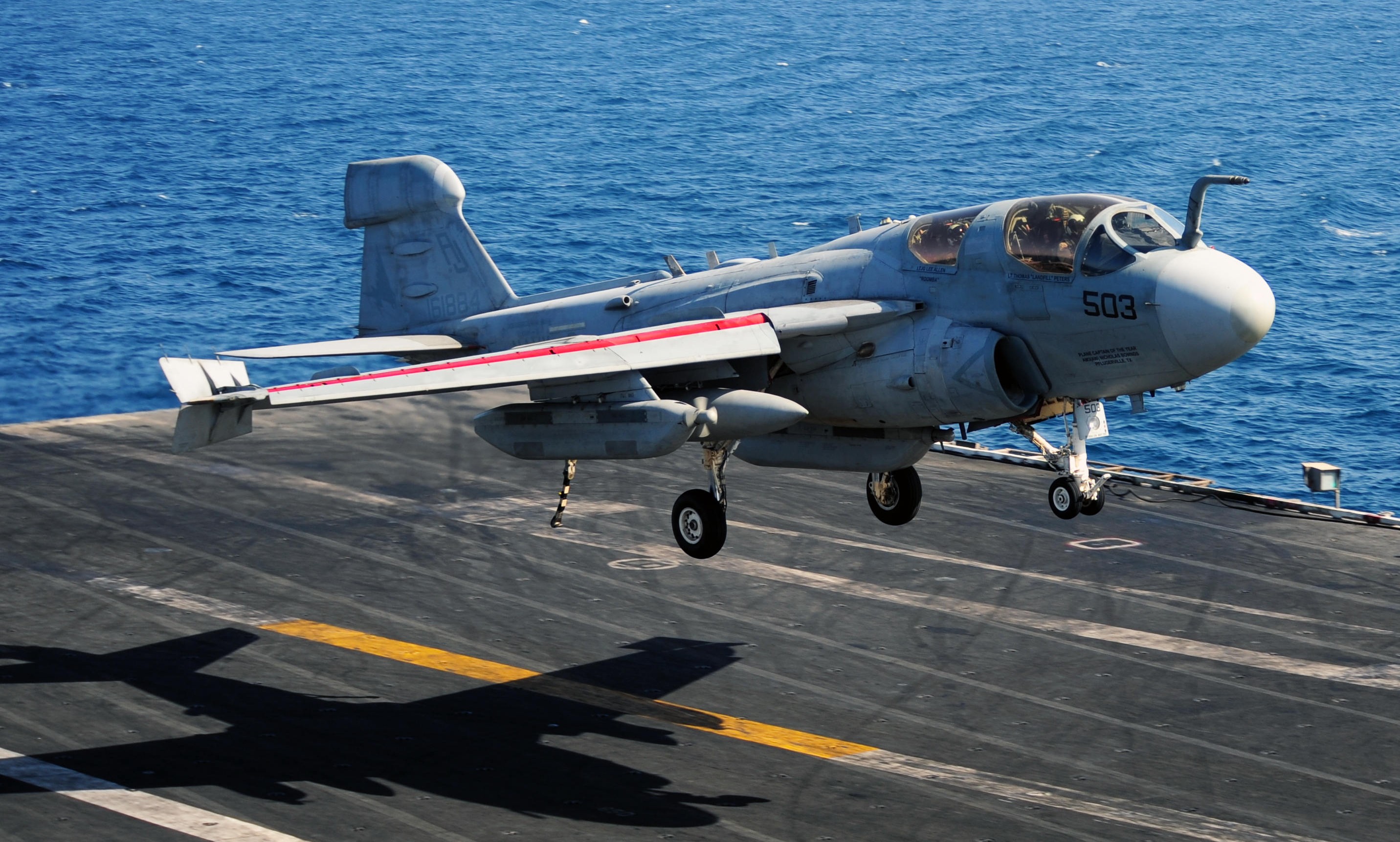 The last active duty flight of a U.S. Navy Grumman EA-6B Prowler will be to The Museum of Flight in Seattle, Wash., on May 27, where it will be officially decommissioned and taken into the museum’s permanent collection. Immediately after the plane’s 12:15 p.m. arrival, there will be a brief ceremony with museum officials and Cmdr. Christopher C. Jason, the commanding officer of the plane’s squadron, Electronic Attack Squadron (VAQ) 134, located at Whidbey Island Naval Air Station.

“The Prowler will be the first electronic warfare aircraft in the Museum’s collection,” said Curator Dan Hagedorn, “it is the missing piece that fills our story of modern military aviation. Prowlers have been used since the Vietnam War, and their capability to suppress enemy air defenses is still formidable. This plane will not only compliment our older military jets on exhibit, but speak for the current state-of-the-art as well.”

After 45 years in service, the Navy is in the process of retiring all of its Grumman Prowlers and replacing them with new Boeing EA-18G Growlers. The last Navy Prowler flight will be next month at VAQ-134 on Whidbey Island.

On May 30 at 2 p.m., in celebration of the museum’s EA-6B Prowler arrival, there will be a public program with Navy officials and museum curator Dan Hagedorn. The program will look at the Prowler and its history with both the Navy at large and with the Puget Sound region in particular. It will be held in the Allen Theater and is free with museum admission. The aircraft (shown here) will be on free display in the museum’s parking lot all day.

From a Museum of Flight news release