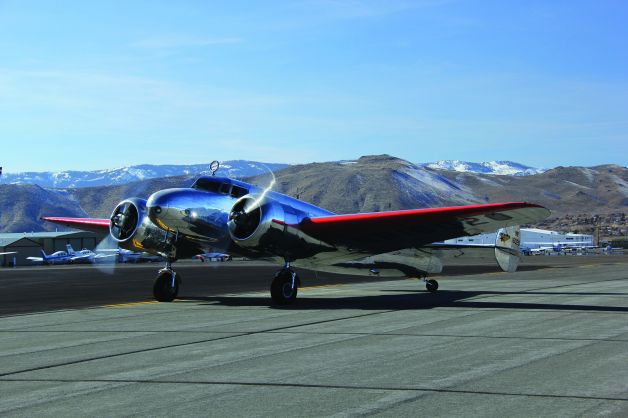 Seattle’s Museum of Flight already owns the only known piece of the Lockheed Model 10-E Electra that Amelia Earhart was flying on her ill-fated attempt to fly around the world in 1937. Now, it’s getting a whole Electra.

The aircraft is scheduled to arrive in September from Reno and become the centerpiece of a new exhibit honoring Earhart.

The Electra was Lockheed’s response to the Douglas DC-2 and the Boeing 247 passenger aircraft. It could carry 10 passengers, plus a crew of two, at a cruising speed of 190 mph, with a ceiling of 19,400 feet and range of 810 miles. Lockheed built 149 Electras between Aug. 4, 1934 and July 18, 1941, including four commercial and five military versions.

Earhart’s Electra was lost with her and navigator Fred Noonan near Howland Island in the Pacific Ocean on July 2, 1937, during their second attempt to fly around the world. The museum’s piece of the plane is a bit of crumpled metal approximately four inches by five-and-a-half inches.

For the complete story by aubrey Cohen of the SeattlePI.com, click here.