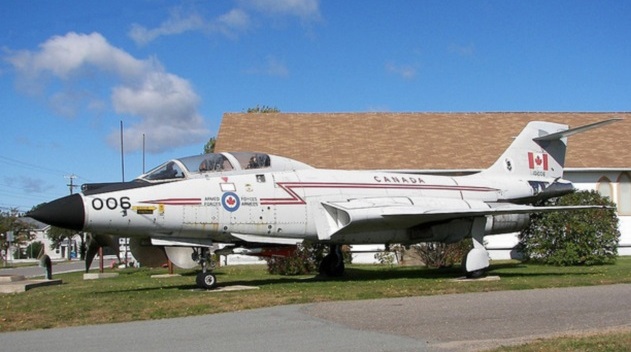 A Canadian aviation museum has the opportunity to save a McDonnell CF-101 Voodoo, one of the Royal Canadian Air Force’s most important  Cold War fighters and the last Voodoo to fly with the Canadian Armed Forces.

The Jet Aircraft Museum, located in London, Ontario, between Toronto and Detroit ,Mich., yesterday announced plans to send a team of members out to the Cornwallis Military Museum in Nova Scotia this summer or fall to dismantle, load and transport Voodoo 006, along with a Lockheed T-33-based jet trainer that’s been donated to the museum as well, back to the their new homes in London.

During the Cold War, CF-101s were piloted, crewed and maintained by dedicated members of the Canadian Forces while protecting Canada from the threat of invasion for more than 26 years. It is the museum’s mission to restore this endangered airframe to its past glory, educating visitors about the history of the Voodoo and the Cold War, along with other jets like the Canadair CT-133 SilverStar, the Mikoyan-Gurevich MiG-15 and the de Havilland Vampire already operated by the museum.

You can help the Voodoo Crew bring Voodoo 006  to Ontario by making a donation to help fund our efforts to bring this iconic jet aircraft to London and make it the finest example of a restored Voodoo anywhere. Become part of and follow the move, restoration and/or research teams endeavouring to save 006 on the website or the “Save Voodoo 006” Facebook page.