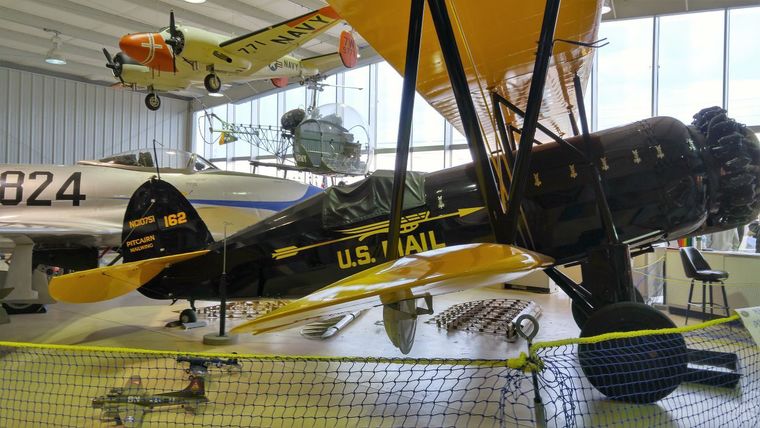 A miracle of modern life is the ability to fly. As a kid, me and my buddies would ride our bikes out to Castle Air Force Base, lie down near the far end of the runway and look up as B-52 bombers came in for a landing. The roar of their eight jet engines shook the ground as they blotted out the sun over us. Wow!

Along the way I’ve flown in a blimp over Philadelphia, sailed over Florida in a glider, took a seat in a Piper Cub powering toward the crest of the Sierras, and ridden in the cockpit of a DC-8 jetliner traveling between Switzerland and Belgium. But helicopters? Never been close to one.

Recently I spotted three sitting out in the open near Warminster. I stopped to take a look and discovered an aircraft museum dedicated to a local Bryn Athyn, Pa., man who perfected vertical takeoff in the 1920s.

For the complete story by Carl LaVO of The (Doylestown, Pa.) Intelligencer, click here.

Photo by Carl LaVO, The Intelligencer