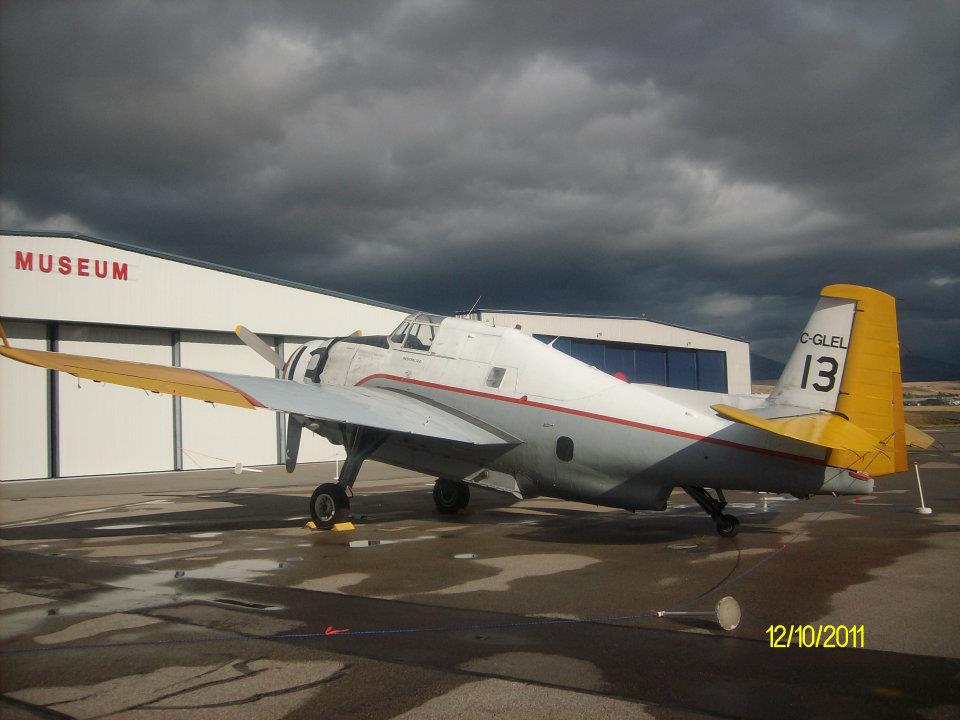 Bernie Wryn and Mel Guerrera spent a week and drove 3,000 miles to haul a worn-out airplane engine to Missoula, Mont. It’s going to replace an engine in a World War II plane built by Grumman that flew here under its own power.

“When we bought the TBM Avenger, they also threw in an extra engine and an extra tank,” Museum of Mountain Flying director Stan Cohen said on Thursday. “Obviously, we couldn’t put them in the airplane when they flew it here. And then I forgot all about it.”

But last fall, the folks at the Miramichi airport in New Brunswick, Canada, decided to clean house. They called Cohen and asked him to pick up his leftovers. Cohen did some antique math; antique in the sense of what makes sense for a museum display. It’s likely the fold-wing torpedo bomber will never need to fly again – not even in its second career as a Johnson Flying Service slurry bomber for forest firefighting. So it doesn’t really need an operating engine.

The dead spare engine was already paid for. And the live one might be worth around $40,000 in the antique warbird market.

Photo by the Museum of Mountain Flying