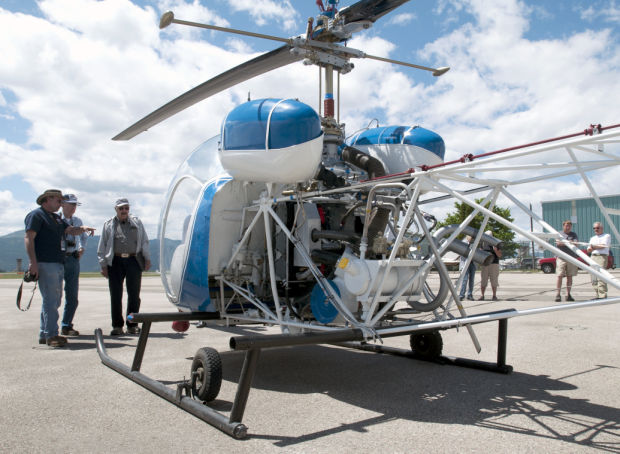 Missoula’s aviation museum in Montana has itself a whirlybird.

Maybe you’ve seen Bell 47 helicopters like this, on “M*A*S*H” reruns, if nowhere else. Ron Gipe has been on the inside looking out of their bubble cockpits for more than four decades, logging 30,000-plus hours in them and counting. “The best of the best,” a fellow pilot called him.

Gipe spent five years in the early 1970s with Johnson Flying Service of Missoula, hauling fire crews, spraying weeds, building lookouts and tempting fate. On Thursday, he oversaw the transport of a Bell 47 G3B1 from his hangar in Lakeside to the Montana Museum of Mountain Flying at the Missoula airport. The copter, crowned by two 19-foot rotor blades, was maneuvered by hand into the museum hangar by volunteers.

For the complete story by Kim Briggeman of the Missoulian, click here.

Photo via the Missoulian