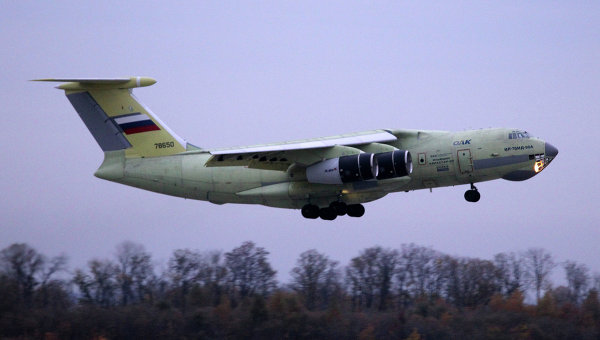 Russia’s newest military transport aircraft, the Ilyushin Il-76MD-90A, has completed an initial flight-test program and has now returned to its maker Aviastar SP for subsequent modifications.

Conducted by the Ilyushin design bureau and the nation’s defence ministry at the Zhukovsky flight research centre near Moscow, the early-stage evaluations consisted of 38 flights. These focused in particular on the aircraft’s flight deck display and navigation, fuel system, autopilot and radio communications, Aviastar says.

The aircraft’s absolute airspeed and g-limits were also tested, and the aircraft was flown at its maximum all-up weight of 210 tons and maximum landing weight of 170 tons. A procedure was also devised for a go-arounds with multiple engines out, Aviastar says.

For the complete story by Howard Gethin of Flightglobal.com, click here.