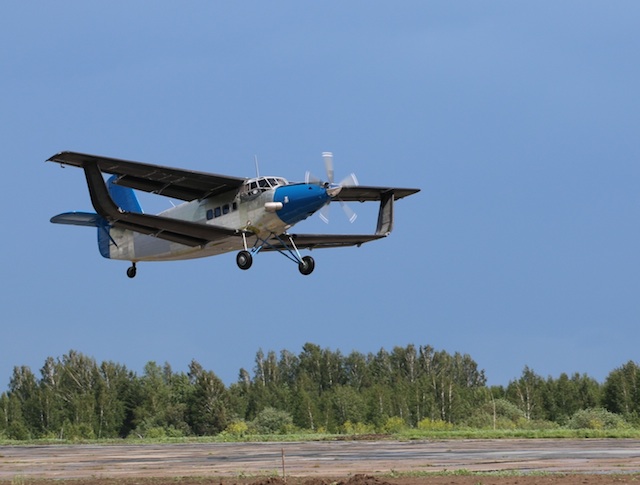 The Siberian Research Institute of Aviation (SIBNIA) produced the “light multipurpose aircraft” to demonstrate the aerodynamic and structural changes planned for an An-2 replacement, Sukhoi says. The aircraft involved in the flight also was equipped with a five-bladed turboprop engine. That engine was not identified, but is most likely the Honeywell TPE331 already installed on a modernized version of the An-2 that entered service last year.

For the complete story by Stephen Trimble of Flightglobal, click here.