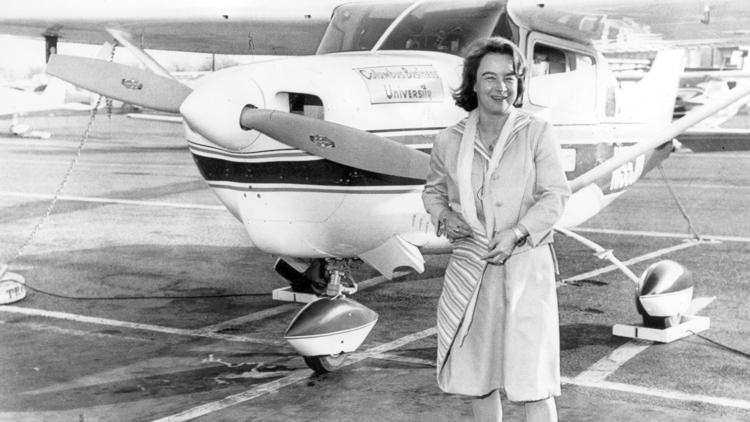 In the mid-1960s, Geraldine “Jerrie” Mock was seen at airports around the world, dressed in a blouse, skirt, high heels and pearls. But she was not on business trips or working as a flight attendant.

Dubbed “the flying housewife,” Mock was a pilot on a quest to make aviation history. On April 17, 1964, after a 23,000-mile journey that included some perilous situations, she became the first woman to fly solo around the globe.

Mock, 88, died Tuesday at her home in Quincy, Fla., of natural causes, said her sister Susan Reid. Her historic feat came at a time when female pilots, including Mock, still had to put up with guff from male counterparts. But she ignored them.

For the complete story by David Colker of the Los Angeles Times, click here.