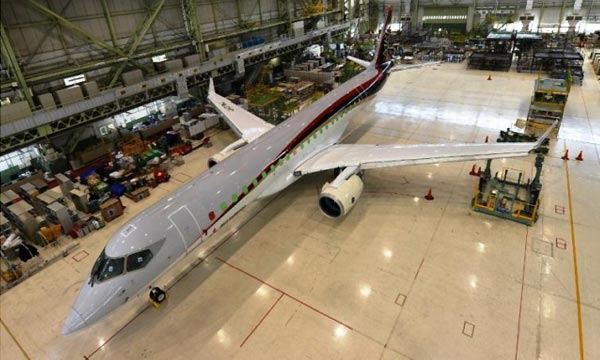 Mitsubishi Aircraft Corp. will unveil the regional jet at Nagoya on Oct. 18 after three delays as customers such as ANA Holdings Inc. and SkyWest Inc. await delivery. Mitsubishi is building 78-and 92-seater planes and plans to conduct its first flight by the end of June. The larger model will come out first.

Japan and China are leading the Asian race to break the virtual duopoly of Embraer SA and Bombardier Inc. in the small-passenger-jet market. With the Chinese aircraft also delayed, Mitsubishi’s regional jet will be a test of whether a new entrant can successfully break into the small group of leading plane manufacturers. Boeing Co. and its European rival Airbus Group NV lock out the market for larger passenger planes.

For the complete story by Chris Cooper and Kiyotaka Matsuda of Bloomberg, click here.