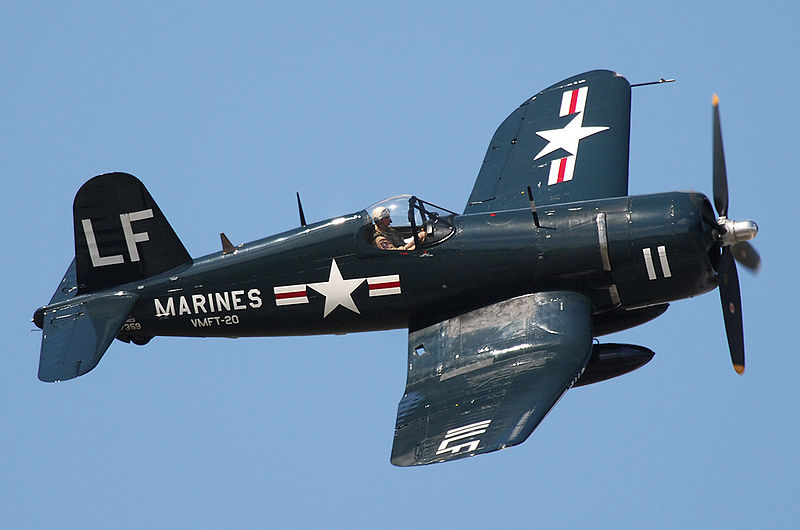 He sits back in his easy chair at his Lake Saint Louis home on one of those sunny days when winter battles with spring recalling how he was just 18 when he and the rest of America heard news of the bombing of Pearl Harbor. He says it wasn’t a big decision: our country needed soldiers.

But what’s different about Col. Harper’s war stories are that — through the luck of the draw — he ended up in a Marine fighting squadron of 27 young men, the original “Blacksheep” of VMF-214, commonly known as the Blacksheep Squadron of Flying Aces, serving under Major Gregory “Pappy” Boyington.

Sixty years after the squadron was formed, in 2011, the Black Sheep Squadron held a reunion, said Harper, age 92. There were 22 guys that showed up. Now, Harper is one of two living legends.

Harper’s real life stories of war in the South Pacific are ones of which movies were made. In the 1970s, Baa Baa Blacksheep was produced for television. The series starring Robert Conrad was loosely based on Boyington’s autobiography. The Corsairs were real, but everything else bore little resemblance to Pappy Boyington’s squadron of Marine fighter pilots that fought the Japanese over the Solomon Islands.