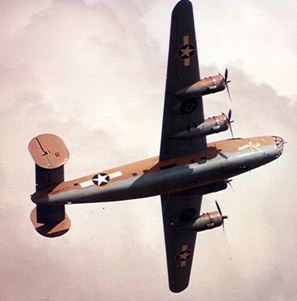 The Pentagon announced Friday that the remains of 10 airmen missing in action from World War II will be buried next week at Arlington National Cemetery with full military honors.

The Pentagon announced Friday that the remains of 10 airmen missing in action from World War II will be buried next week at Arlington National Cemetery with full military honors. The Department of Defense said in a news release that the crew was on a bombing mission over Berlin in April 1944 when their B-24J Liberator aircraft crashed near East Meitze, Germany . There were no survivors.The crash site was located in 2003 and human remains were turned over to U.S. officials. Additional remains, as well as metal ID tags and a class ring, were gathered over the next few years by a joint POW/MIA Accounting Command team. Scientists used dental analysis and DNA to identify the remains.Ten airmen will be buried as a group in a casket representing the entire crew Wednesday. They are: Army Air Forces 2nd Lt. Robert R. Bishop of Joliet, Ill.; 2nd Lt. Thomas Digman, Jr. of Pittsburgh; 2nd Lt. Donald W. Hess of Sioux City, Iowa; 2nd Lt. Arthur W. Luce, of Fort Bragg, Calif.; Staff Sgt. Joseph J. Karaso, of Philadelphia; Staff Sgt. Ralph L. McDonald of East Point, Ga.; Sgt. John P. Bonnassiolle of Oakland, Calif.; Sgt. James T. Blong of Port Washington, Wis.; Sgt. Michael A. Chiodo of Cleveland; and Sgt. John J. Harringer, Jr. of South Bend, Ind.

German forces had buried the remains of Digman, Blong and an unknown airman near Hannover, Germany. In 1946, remains of the three were exhumed and reburied in a U.S. military cemetery in Belgium.

According to the Pentagon, the U.S. government was able to recover and identify about 79,000 Americans at the end of World War II. But more than 73,000 Americans remain unaccounted-for from the conflict.