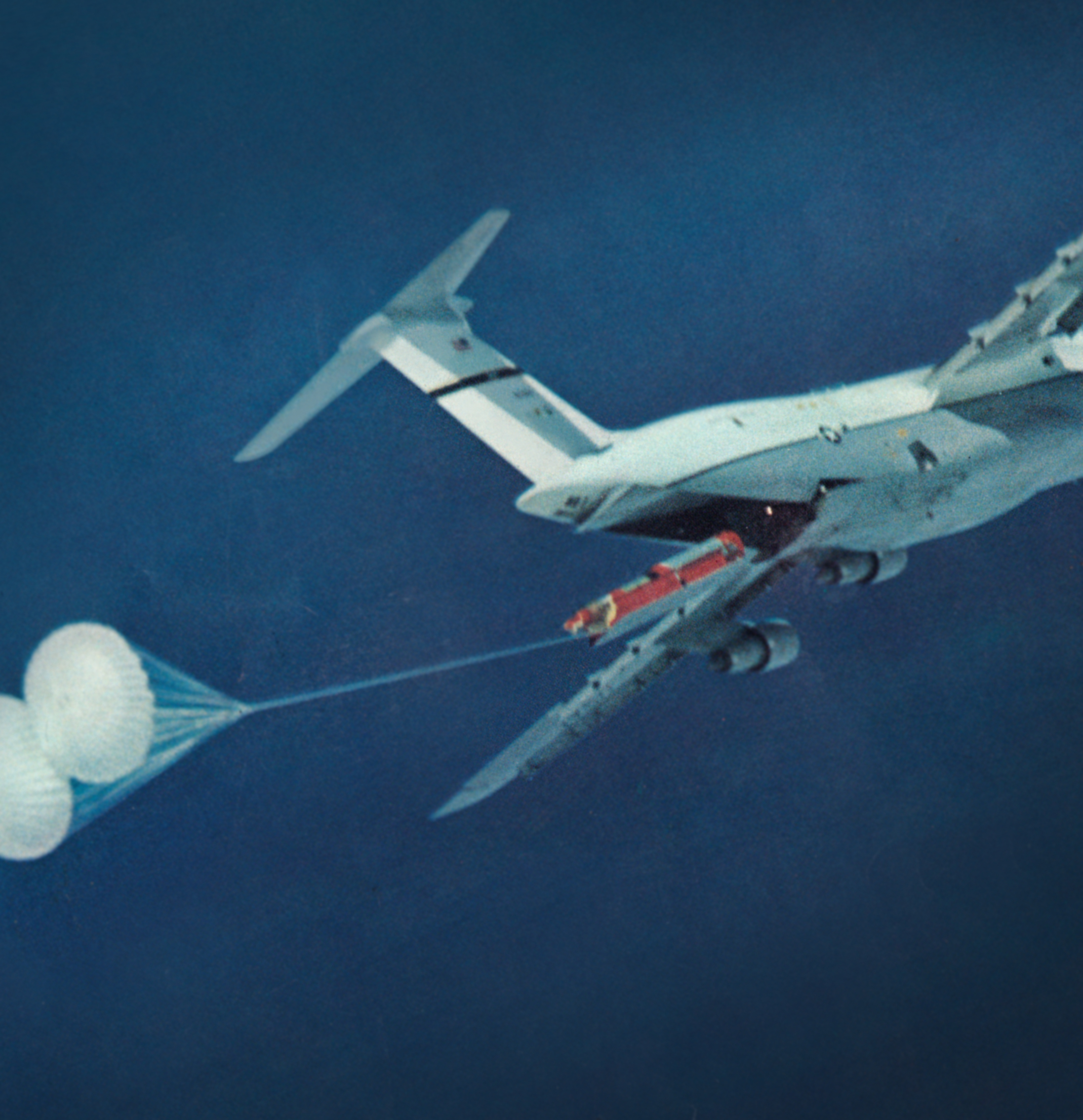 Only once in history has an intercontinental ballistic missile — an ICBM — been launched from an aircraft in flight. It happened October 24, 1974 when a C-5A Galaxy from Dover Air Force Base, Delaware, launched a 60-foot, 78,000-pound LGM-30F Minuteman II ICBM from its cargo ramp high over the Pacific Ocean. Now, the C-5A (serial no. 69-0014) is on its way to the Air Mobility Command Museum at Dover. With a wingspan over 222 feet and a maximum takeoff weight of 840,000 pounds, the Galaxy will become the museum’s largest display item. “People will be fascinated by this huge aircraft,” museum director Michael Leister told Flight Journal.

Amid heightened Cold War tensions, the United States and the Soviet Union were searching for ways to make their ICBMs less vulnerable, including launching them from railway trains or from aircraft in flight.

After the Minuteman fell for a few thousand feet retarded by huge parachutes, its rocket motor ignited and the missile flew for 10 seconds under its own power. The test was not considered a success, the Soviets never attempted anything similar, and a proposal to develop a Boeing 747-200 as an ICBM air-launch vehicle never materialized.