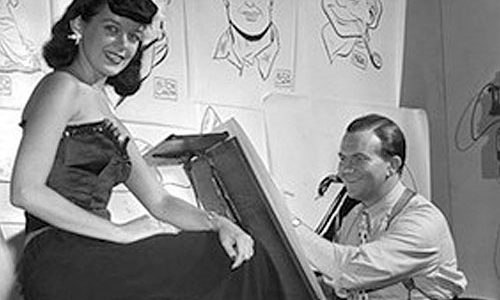 Milton Caniff never served in the military, but, his spirit was on virtually every battlefield of WW II. His artwork on the nose of fighters and bombers and in thousands of military papers touched those in combat in ways nothing else could.     Born in 1907, Caniff moved from Ohio to New York in 1932 to pursue his career as a cartoonist. Two years later he found fame with adventure strip Terry and the Pirates, published daily by the Chicago Tribune New York News Syndicate. When WW II broke out, Caniff was deemed medically unfit for military service. Instead, the fiercely patriotic cartoonist used his artwork to raise the morale of U.S. troops, with his pen becoming a popular weapon in the Allied arsenal. The Syndicate owned all rights to Terry and the Pirates, so Caniff began producing a free version of the strip for military newspapers. First appearing in October 1942, within months it developed into a standalone story titled Male Call, featuring a cast of new characters. Thanks to the allure of voluptuous femme fatale Miss Lace, Male Call quickly became an enduring favorite. Lace was a natural progression from the Burma character in Terry and the Pirates, but where Burma was blonde with a hint of vice, Lace was brunette and, according to Caniff, “Innocent … but sexy as hell.”

Intended to run for just one year, Male Call was soon published regularly in over 3,000 military papers. Caniff never received renumeration for Male Call, considering it his contribution to the war effort (he also donated a myriad of original illustrations to the military for use as pamphlets, posters, and unit insignias). Designed to appeal to the “forlorn fellow in a foxhole,” a 1944 survey showed Male Call as the troops’ most popular item — more eagerly anticipated than news from home. Although saucy, sexy and utterly risqué, Miss Lace was one of the guys, and Male Call frequently dealt with issues facing the average enlisted man. Caniff explained her lasting allure: “She’s seductive, but she never seduced anybody … the kind of gal that guys can make cracks to and she snaps right back … She’s a good sport.” A true friend to the forces, the soldiers looked forward to seeing the delectable Lace. She aided them through the long war years.

The army censors originally rejected history’s most enduring version of Lace, deeming it too suggestive for publication. The full-length reclining image would find its way onto the fuselage of numerous aircraft types. Most famously, she flew 83 missions on Boeing B-17G 42-97976 A Bit-O-Lace.  PBY/OA-10A 44-33915’s artwork was yet another tribute to Lace and Plane Sailing’s Miss Pick Up now adds to a lengthy tradition of Caniff-inspired dames on tin.

Miss Lace made her final appearance in the March 1946 final edition of Male Call. Frustrated by the syndicate’s tight grip on rights, Caniff also walked away from the success of Terry and the Pirates that year to launch a new strip that he would own outright. In January 1947, Steve Canyon arrived on the shelves. Lead character Captain Canyon was a rugged but big-hearted veteran WW II pilot running a cargo airline. When the Korean War broke out, Canyon rejoined the Air Force, enabling Caniff to exercise his patriotic voice once more and further strengthen his ties with the USAF (formed in the same year Canyon was launched). In 1958, a television series was commissioned and by 1959, Canyon was appearing in over 600 publications. The strip continued until May 1988 when Caniff passed away, returning all of his remarkable characters to the ink pot forever.

Caniff received many awards for his art during his lifetime including the Air Force Exceptional Service Award, the highest honor given to a civilian. His unceasing patriotism was also recognized at his funeral, where he was afforded full military honors. 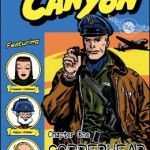 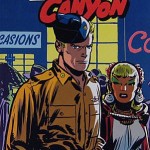 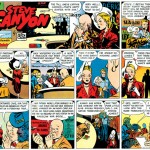 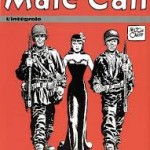 Special thanks to Harry Guyton and the Milton Caniff Estate, and Prof. Jenny Robb and Marilyn Scott from the Billy Ireland Cartoon Library and Museum – to discover their excellent collection, please visit cartoons.osu.edu