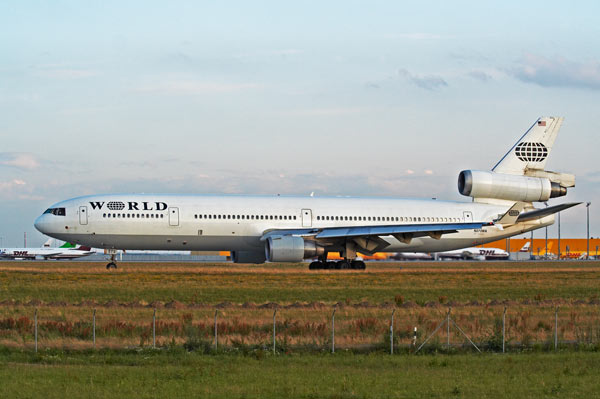 The largest provider of air charter service for the U.S. military has filed for bankruptcy protection a mere nine months after its last court-supervised restructuring. Global Aviation Holdings operates two charter brands: World Airways, which has flown U.S. soldiers since the Korean War in 1951, and North American Airlines.

Global blamed its latest financial difficulties on the U.S. Air Mobility Command, the Air Force unit that transports military personnel and supplies. The command recently decided to cancel its 2014 contract with the company as the military adjusts to a tighter budget under the 2013 sequester.

That will mean an expected revenue loss of $54 million “and will create significant over-capacity in the military charter cargo business,” the suburban Atlanta-based company said in its Nov. 12 filing in Delaware. As a result, Global Aviation is being squeezed by high costs and pinched income: large jets it leases suddenly have fewer business uses. Efforts to sell all or parts of the company failed over the summer, Global said.

For the complete story by Justin Bachman of Bloomberg Businessweek, click here.