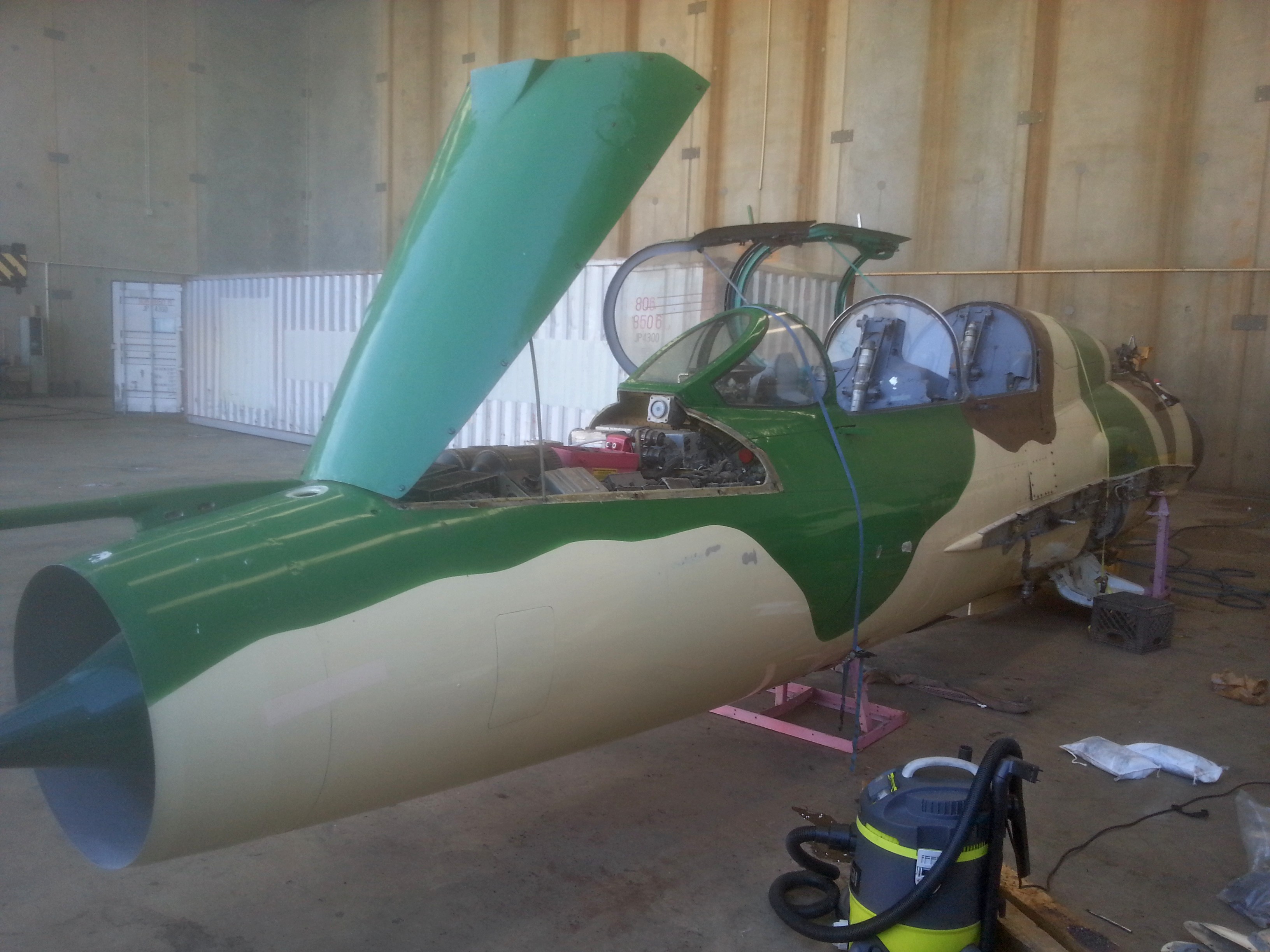 In Perth, Western Australia, an unusual warbird type is beginning its journey back into flying condition. A Mikoyan Gurevich MiG-21UM Fishbed twin-seater fighter jet recently arrived from the U.S.A. for restoration in Australia.

Her new owner, Adrian Deeth, is a keen aviation enthusiast, and had been looking for a suitable warbird type to acquire for some time. His search ended with the exotic and rarely seen MiG-21. Deeth found a U.S.-based MiG-21UM project in mid-2012, but it took two years to move the aircraft to Australia.

Deeth’s Fishbed rolled off the production line in Russia during 1967 under an Egyptian Air Force contract as serial 5068. The jet helped train Egyptian pilots for the single seater variant, but even so has very little flight time with barely 400hrs reportedly in its log book.

For photos and the complete story by Phil Buckley via WarbirdsNews.com, click here.