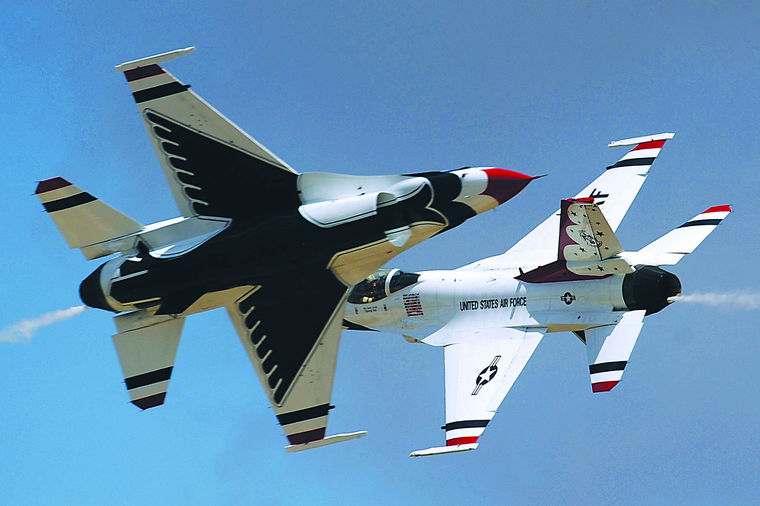 As one of six stars of the U.S. Air Force’s Thunderbirds squadron, Maj. Jason Curtis has all the qualities of an elite pilot.

He’s intelligent, focused, personable and flies with unparalleled precision. He’s also humble — and quick to credit those who guided him during his childhood in Kalispell. Curtis, 33, is returning to his hometown for next weekend’s Mountain Madness Air Show at Glacier Park International Airport. He is the Thunderbirds’ No. 6 pilot, called the Opposing Solo.

Some of his former teachers and longtime friends and mentors will be among the familiar faces he will see at a meet-and-greet gathering on Friday at Depot Park in Kalispell, Mont.

For the complete story by Lynnette Hintze of The (Kalispell) Daily Inter Lake, click here.