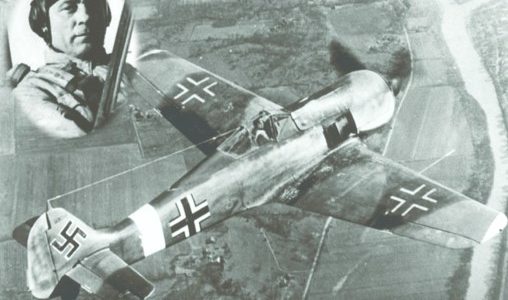 The FW 190 was truly one of the world’s greatest aircraft designs, but what of the man responsible for it? I had the good fortune to interrogate Kurt Tank when he was captured and taken to London at the end of the war, and he proved to be very interesting. I was already aware of his particularly high standing in the upper echelons of the German Air Ministry. In 1938, because of his test-flying ability, they gave him the coveted title of Flugkapitän, and in January 1943, they designated him “Professor” because of his technical prowess.

Since we were both test pilots and because I spoke to him only in German, I felt we established a good rapport and he conversed freely. He obviously had no great love of politics and was totally immersed in military aviation; in fact, he asked me as many questions as I asked him. I was surprised by how active he had been in flight testing his designs, and I shared his conviction that this gave him an edge over other German designers.

I asked him how the Focke-Wulf company would have been affected if he had been killed on a test flight. He said his team was strong enough
to ensure the continuity of his standards, and he was particularly emphatic in his praise of his young aerodynamicist Hans Multhopp. Multhopp had a short postwar tenure with the scientific staff at RAE Farnborough, who were designing the first supersonic jet-powered aircraft for the British to flight-test—months before the Bell X-1; but this was canceled owing to massive postwar military-budget reductions.

Tank was keen to know what I thought of his special baby, the FW 190, and was delighted by my assessment; he heartily agreed that the Dora 9 was the pick of the bunch. He also asked many questions about the Spitfire and Mustang—obviously interested to see whether the reports of Luftwaffe test pilots at Rechlin on them were correct. Finally, he gave me some insight into his future design thinking and was enthusiastic about his ideas for a jet superiority fighter that he designated the “Ta 183 Flitzer” (“whizzer”) and for a turboprop strike fighter. I was impressed.–By Corky Meyer