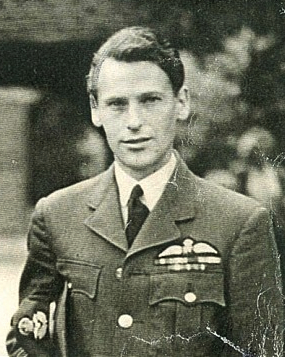 The family of a legendary World War II pilot is having to sell his treasured medal collection for £120,000 ($181,944) to pay for the hero’s care home fees. Wing Commander Bransome “Branse” Burbridge was the Royal Air Force’s most prolific night-fighter pilot of the war, claiming 21 enemy kills.

He downed four German planes in a single sortie and saved thousands of lives by destroying three of Hitler’s fearsome V1 rocket bombs aimed at London. A conscientious objector at the start of the war and a clergyman after, Burbridge was known for showing mercy to the enemy by aiming for their engines to give them a chance of survival.

Indeed, after the war he met up with his chief adversary, Luftwaffe ace Major Wilhelm Herget whom he had also shot down, and took him for a flight in his de Havilland Mosquito fighter. Burbridge won both the Distinguished Service Order and Distinguished Flying Cross twice for his heroics.

Now aged 93, he is suffering from Alzheimer’s disease and is in a private care home after his wife Barbara died last year. His family are ‘reluctantly’ selling the medals and old RAF flying jacket at auction to raise £120,000 which will cover the cost of his care for the next six years if necessary.

For the complete story by Nick Enoch of the Daily (U.K.) Mail, click here.