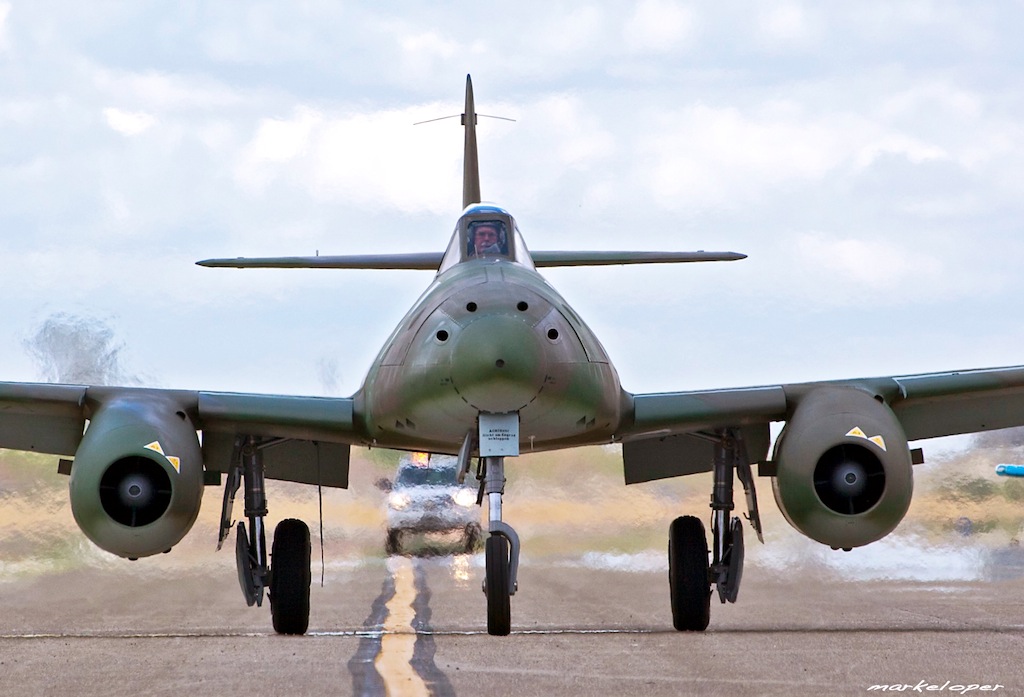 Sixty years after the birth of the Me 262, the influence of this revolutionary jet can still be seen in contemporary aircraft. Swept wings, automatic slats and modular construction are all examples of technology introduced through the Me 262. More than any aircraft of its day, the 262 was a fighter of absolutely unrivaled potential. Thankfully, full production of the Me 262 did not start until 1944, too late to affect the outcome of World War II.

A very limited production run of the aircraft was recreated to exacting standards from an original Me 262 trainer. There are only three such replicas flying: two in the U.S. and one in Germany. The new Me 262, known as “White 1,” carries a continuation of the original work numbers assigned with updated engines and safety equipment. Me 262 work no. 501241 was a project started by Texas Aircraft Factory in conjunction with Classic Fighter Industries in 1993. It was transferred to the Me 262 Project in Everett, Wash., then completed at Sanders Aeronautics in Ione, Calif.

“White 1” first flew on Dec. 20, 2002. Federal Aviation Administration Phase 1 flight test requirements were completed in 2012. For the first time in history, the Collings Foundation is offering Unusual Attitude/Upset Training and Type Rating in the Me 262 “White 1.” Certain prerequisites exist for the flights.