1963 NASA astronaut Gordon Cooper launched into space on the Faith 7 mission in his Mercury space capsule. Mercury-Atlas 9 was the final manned space mission of the U.S. Mercury program, launched from Launch Complex 14 at Cape Canaveral, Florida. 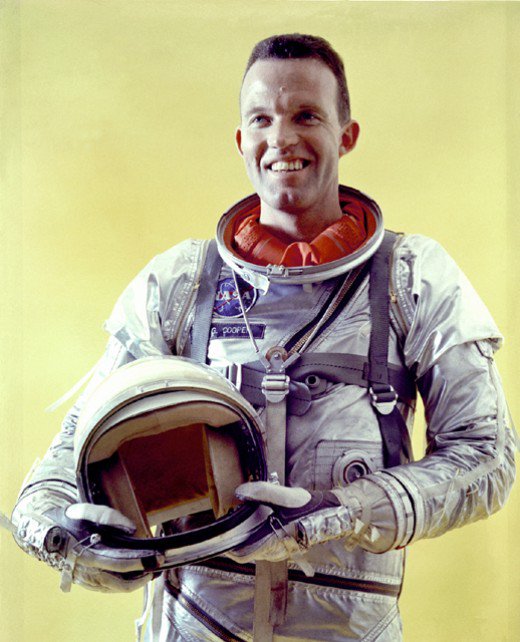 The spacecraft, named Faith 7, completed 22 Earth orbits before splashing down in the Pacific Ocean, piloted by astronaut Gordon Cooper, then an Air Force Major. The Atlas rocket was No. 130-D, and the Mercury spacecraft was No. 20. This mission marks the last time an American was launched alone to conduct an entirely solo orbital mission. 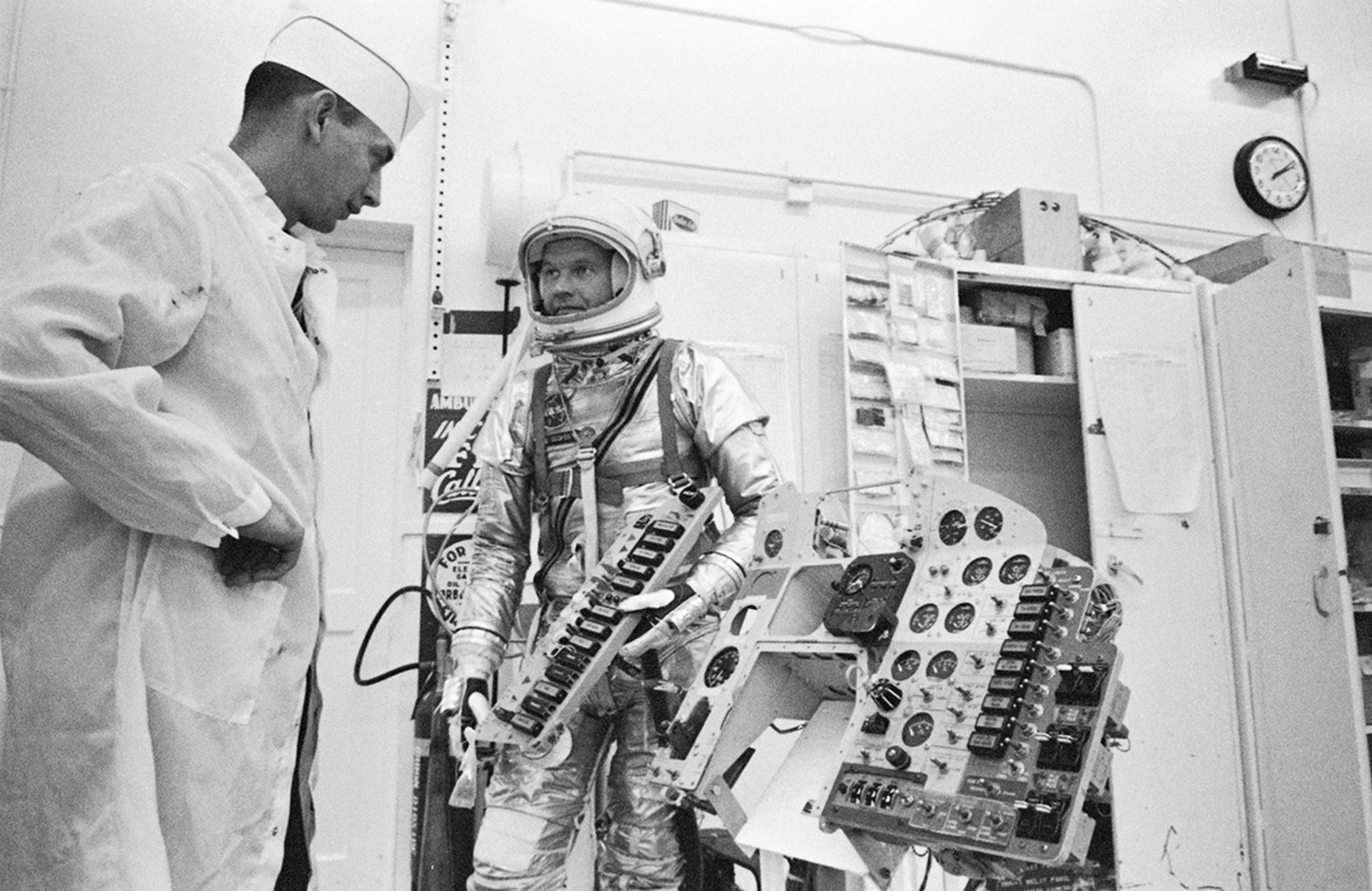 The panel holds the instruments used to monitor spacecraft systems and sequencing as well as the controls necessary to initiate primary sequences manually and the flight control displays. 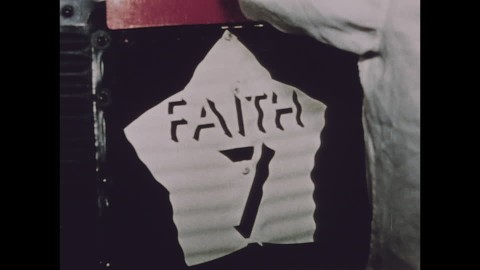 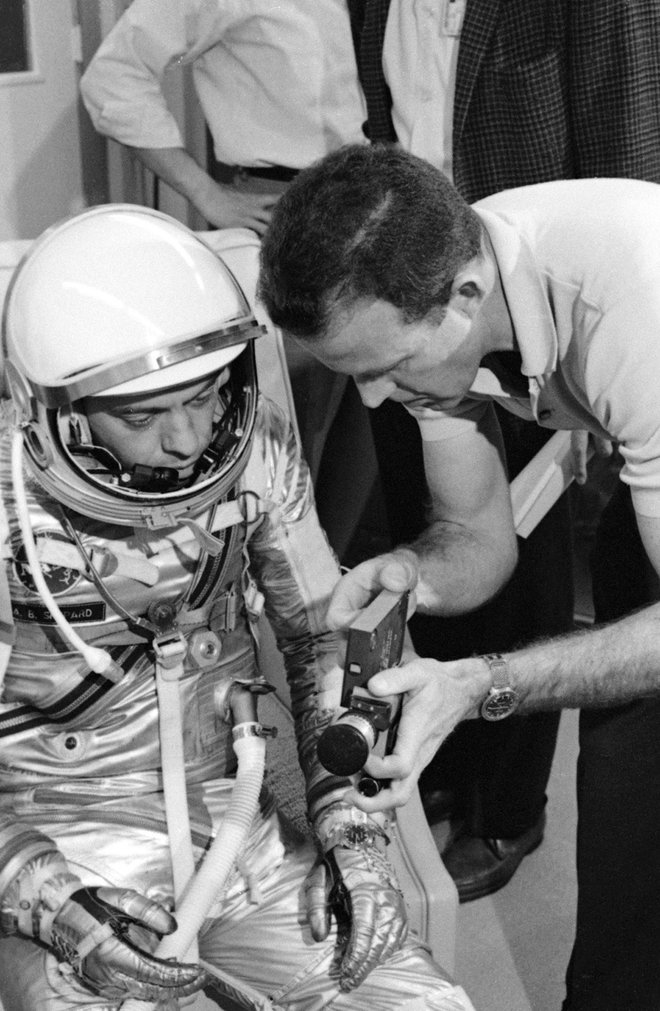 This helmet was made for astronaut Gordon Cooper and was used during training sessions prior to his Mercury mission, named Faith 7. 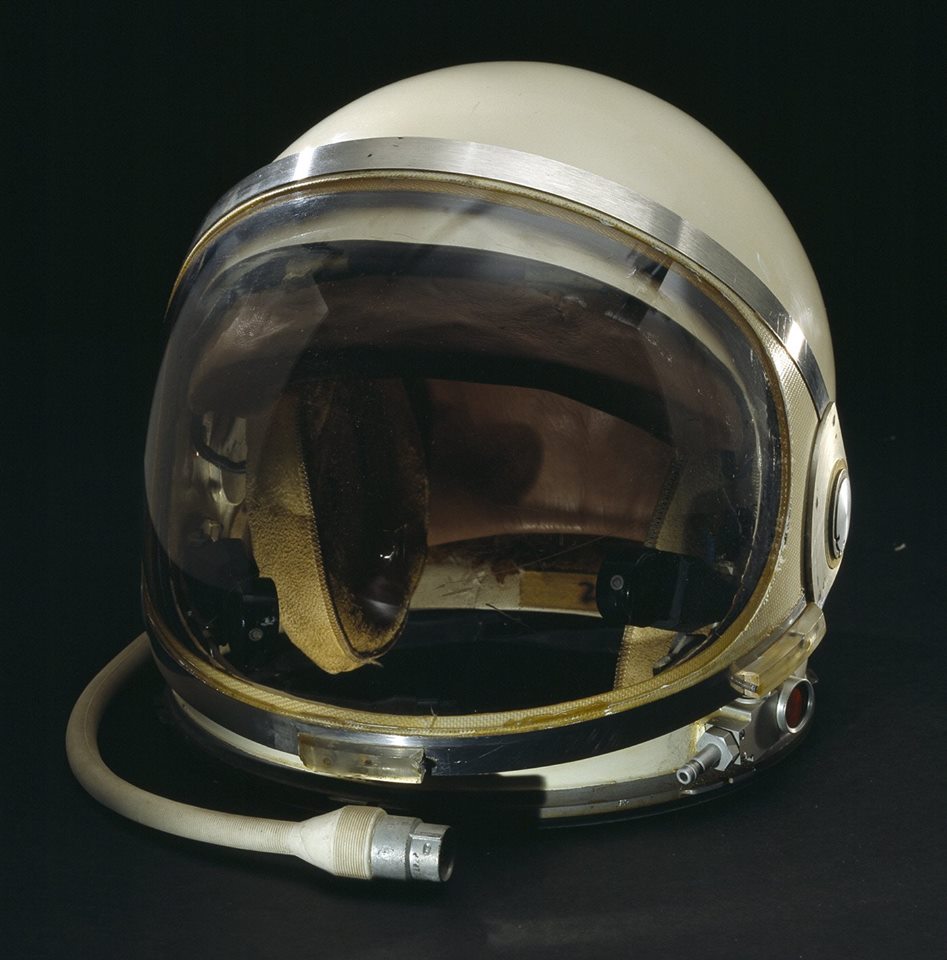 Modeled to the astronaut’s head, the helmet was constructed of a white fiberglass composite with an attached aluminum-edged visor, a mechanical closing assembly, and a leather comfort pad affixed to the interior. Suede-covered earphones and a microphone attached to the helmet’s interior provided a level of comfort, and “hands free” communication.