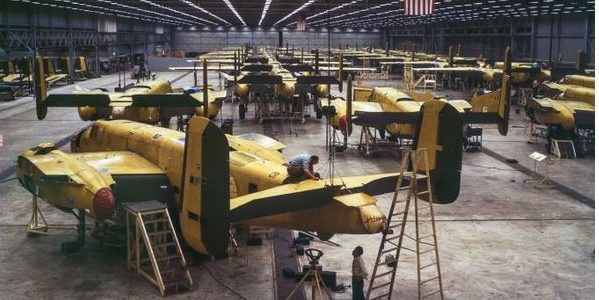 Recently AirCorps Aviation of Bemidji of Minnesota announced that they acquired a massive treasure trove of original manufacturing drawings for North American Aviation (NAA) covering types such as the P-51 Mustang, AT-6 Texan, B-25 Mitchell bomber and the P-82 Twin Mustang. This  remarkable development is due to a lone NAA engineer named Ken Jungeberg who, in the 1980s, had the foresight to save these drawings when they were days away from destruction at North American’s plant in Columbus, Ohio. 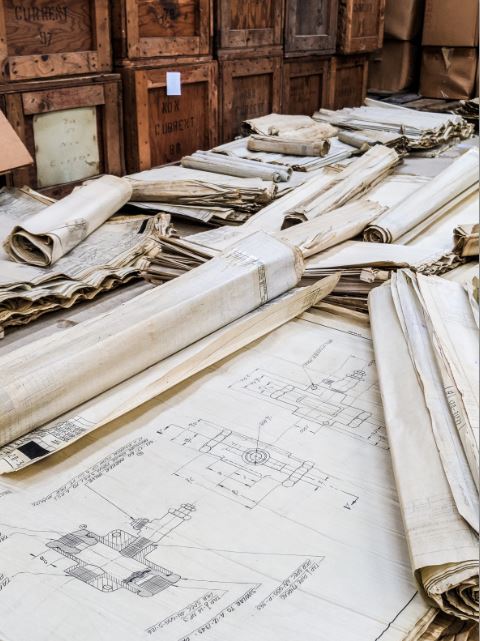 Above, just a few of the thousands of WWII-era North American Aviation aircraft manufacturing drawings which Ken Jungeberg saved. (image via AirCorps Aviation)

It is worth reflecting upon what it represents… The American aircraft industry produced just under 300,000 aircraft between 1940 and 1945, a staggering feat by any measure, especially considering that just 3,600 rolled off U.S. assembly lines during the entirety of 1940. While aviation companies such as Boeing, Douglas, Curtiss and their like would design the aircraft, and put them together at their factories, it was simply impossible for them to both make all of the components and sub-assemblies on site and keep up with production demand. They  often subcontracted the bulk of this work once a design received an order for full-scale production. Indeed, much of America’s entire manufacturing base was involved in this effort – from small ma and pa furniture shops to industrial giants like Ford and Chrysler – whether they were making map cases or wing panels. Some companies, such as Ford, even had their own aircraft assembly lines, like the one in Willow Run, Michigan which built B-24 Liberators.

But have you ever wondered how it was possible to have such a prolific output of high quality aerial machinery when each aircraft assembly line received component parts from so many different independent subcontractors? How was it possible for all of those many thousands of parts to fit together properly in such a repeatable fashion?

The answer is pretty simple; it all came down to the quality of the manufacturing drawings which the aircraft company engineers created during their design process. If you had a coherent set of accurate drawings showing how to make each part, and how to put each assembly together, then you could rely upon skilled workers at disparate factory locations to produce components whose dimensions complied with design tolerances. Of course, there were times when problems arose, but when they did, the engineers usually found solutions. But a coherent set of manufacturing drawings was key to this effort.

Highly skilled draftsmen and women created all of these drawings by hand, usually using pencil on vellum drafting paper. Drawings could sometimes be massive too, extending ten feet or more. The finished product was designed to be practical, fully describing the part and how it fit into an assembly. Drawings were often exquisitely beautiful too – more works of art than simply functional.