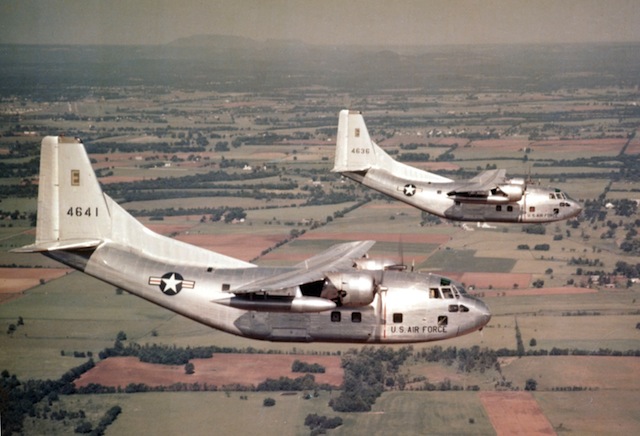 The Hagerstown, Md., Aviation Museum is trying to bring a 55-year-old Fairchild airplane back to the western Maryland city where it was made. President John Seburn says the twin-engined C-123 Provider cargo transport was built sometime between 1954 and 1958.

He says the U.S. Treasury Department has accepted the museum’s bid for the plane. Now the group needs to raise $70,000 to buy it and fly it back from Fort Lauderdale, Fla. Seburn says the acquisition would complete the museum’s collection of the three military cargo planes that Fairchild produced.

The C-123 was used heavily during the Vietnam War to transport troops and supplies. It was also used for aerial spraying of herbicides, including Agent Orange. The federal government says the risk of exposure to Agent Orange residue is extremely low.