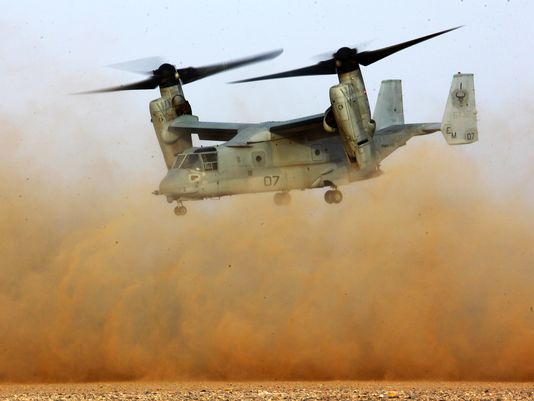 The U.S. Marine Corps’ most unique aircraft is going to get a bigger punch.

A Marine Corps planning document shows that officials want to arm the Bell Boeing MV-22B Osprey with more weapons so the aircraft can support the service’s new crisis response forces that carry out missions like embassy evacuations. An “enhanced weapon systems is in early development to increase all-axis, stand-off, and precision capabilities,” according to the service’s recently-released 10-year aviation plan.

Officials at Headquarters Marine Corps said the aircraft’s flexibility and versatility lets the service add capabilities, and they are considering arming the Osprey with “a greater weapons capability than currently installed.”

For the complete story by Joshua Stewart of MilitaryTimes.com, click here.