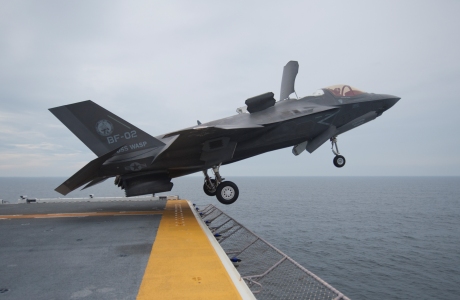 The U.S. Marine Corps is preparing to begin operations for the first operational F-35 Lightning II squadron next month at MCAS Yuma, Ariz., and officials are optimistic for a mid-month standup despite some challenges ahead.

Key to starting up squadron operations will be a small but growing cadre of maintainers, pilots and aircraft, says Col. Kevin Killea, aviation requirements branch head for the Marine Corps.

The first F-35B is expected at Marine Fighter Attack Sqdn. 121 in early November, with the second slated for delivery mid-month. These will be the first low-rate-initial-production aircraft delivered from prime contractor Lockheed Martin to the Defense Department, and these aircraft will include the 1B software. A total of 16 F-35Bs, the number needed for full operational capability, are expected at the base within the next year, Killea says.