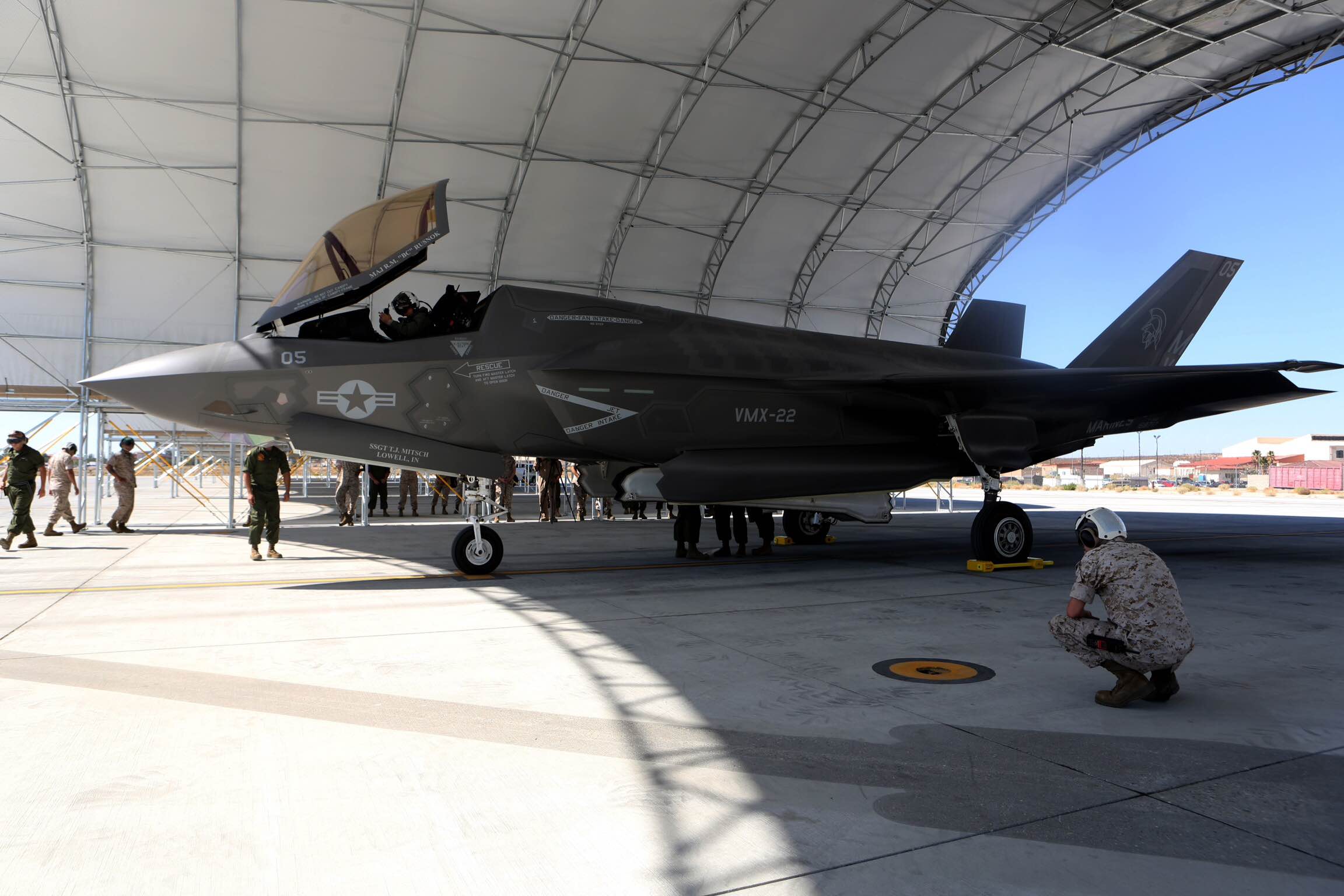 Previously, VMX-22 only consisted of MV-22 and CH-53 aircraft, but the arrival of the F-35B marks the start of VMX-22 fixed wing flight operations. This is the first of four F-35B aircraft that will arrive over the upcoming months at Edwards Air Force Base.

“The addition of the F-35B at VMX-22 will help to develop increased capabilities and interoperability of the Aviation Combat Elements to support the Marine Air/Ground Task Force of the 21st century,” Rauenhorst said.

The F-35B operational test is slated to be complete by 2018 at Edwards Air Force Base and will be continued throughout the life of the F-35 program as major block upgrades are completed.