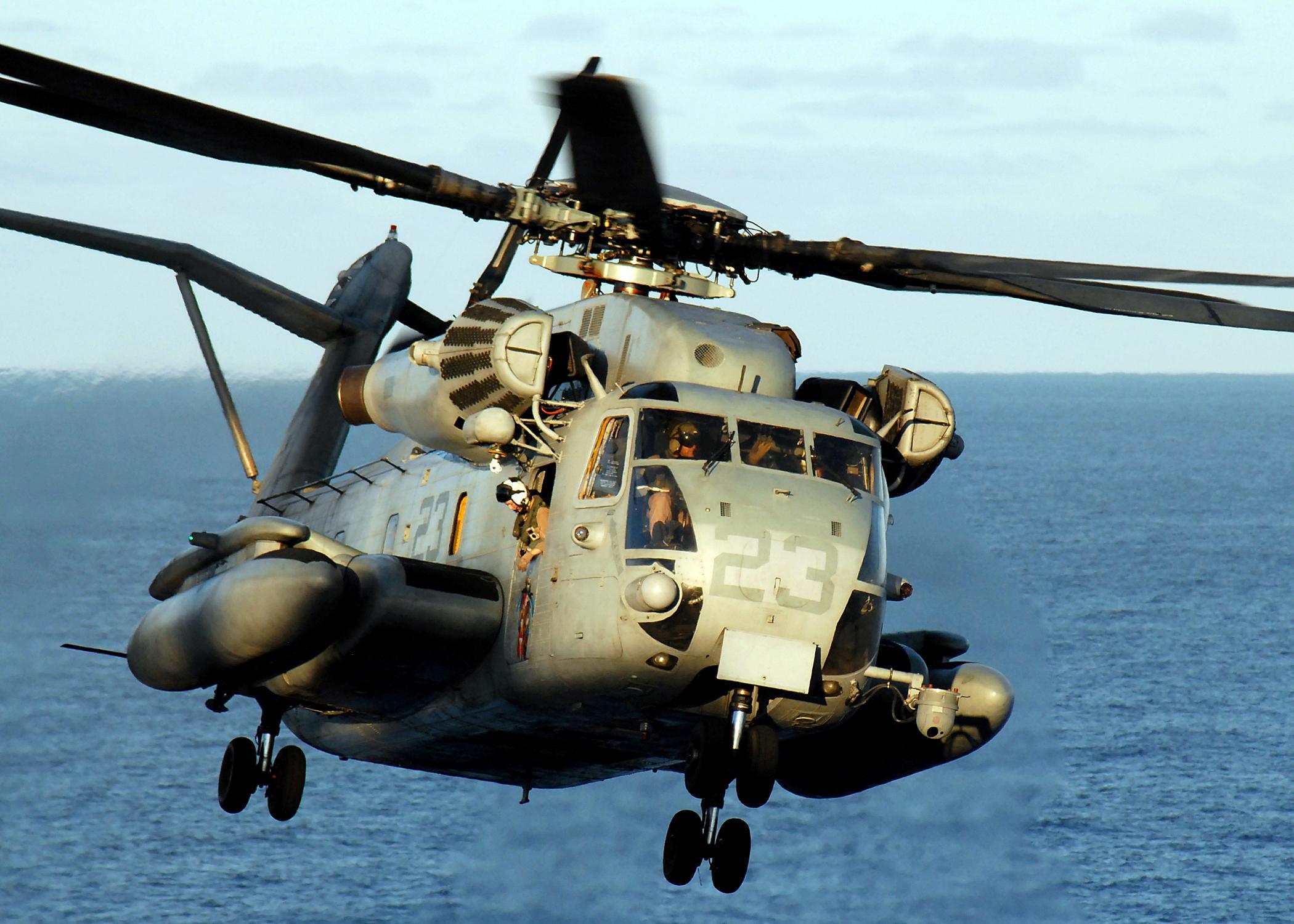 Twenty-five U.S. Marines and sailors scrambled Monday morning to escape a USMC Sikorsky CH-53 Super Stallion helicopter as it sunk to the bottom of the Gulf of Aden after it crashed attempting to land on the USS Mesa Verde.

The 17 Marines and eight sailors on board the helicopter were able to board life rafts deployed from the aircraft itself before being picked up by rigid hull inflatable boats from the Mesa Verde, said U.S. Navy Lt. Joseph Hontz, spokesman for the Navy’s Fifth Fleet.

For the complete story by Kris Osborn of Military.com, click here.