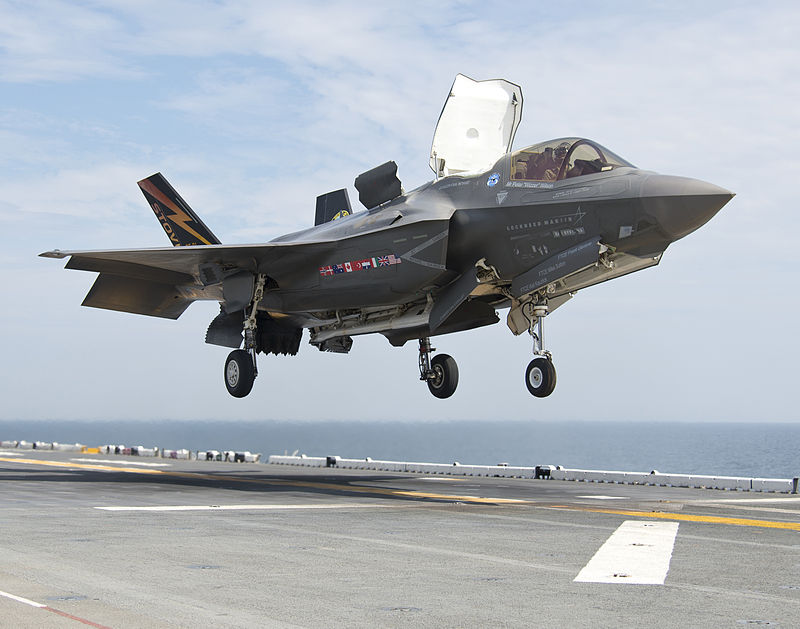 Six U.S. F-35B fighter jets built by Lockheed Martin landed on the USS Wasp amphibious warship on Monday for two weeks of operational testing required before the U. S. Marine Corps can declare a first squadron of 10 F-35s ready for combat use in July, according to a U.S. defense official.

The testing, taking place off the coast of Virginia, will involve the six F-35 B-model jets, the highest number of F-35s ever used on a Navy warship to date, as well as Marine Corps pilots, maintenance personnel, and logistics experts, said the source, who was not authorized to speak publicly.

The tests will check the ability of the stealthy jets to integrate into flight and deck operations on board the ship. They will include operations and weapons loading at day and night, the jets’ ability to coordinate digitally with an on-board logistics system call ALIS, and how well the crew can deal with scheduled and unexpected repairs at sea.

For the complete story by Andrea Shalal, click here.