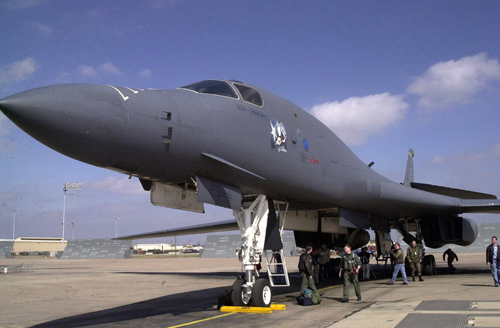 1 March 2003: The Star of Abilene, the first operational Rockwell B-1B Lancer supersonic heavy bomber, serial number 83-0065, made its final flight at Dyess Air Force Base, Abilene, Texas. It was delivered to the 96th Bombardment Group, Heavy, Strategic Air Command at Dyess on 7 July 1985, and was retired after 17 years, 7 months, 23 days of service. 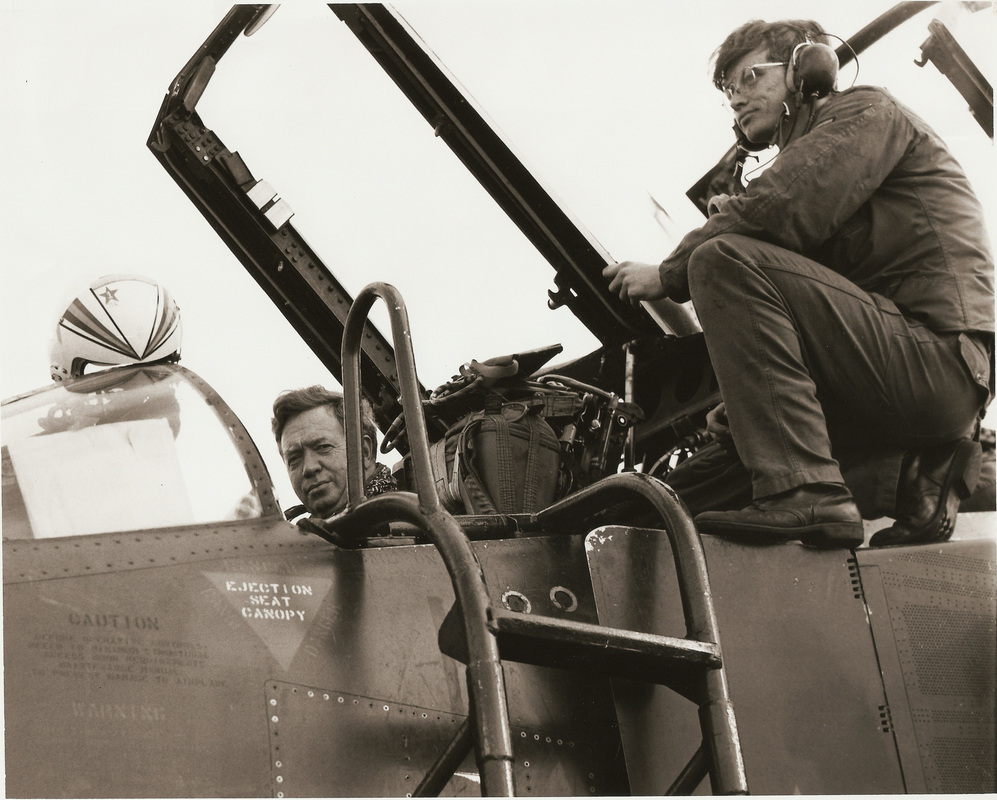 “At approximately 18 miles the system broke lock but it was quickly reacquired. A slow left turn ensued to keep the dot centered. Altitudes were slowly increased from 8,200 feet to 11,500 feet. The Vc on the scope was extremely difficult to interpret; however, it appeared that we were not really overtaking the target, so the outboard tanks were dropped. Heading of the aircraft changed to approximately 360° at time of firing. At approximately 6 miles the “in-range” light illuminated, followed by an increase in the ASE circle. Trigger was squeezed and crew felt a thump as the missile was ejected; however, missile motor did not ignite. The trigger was squeezed again and held for approximately 3 seconds; however missile did not fire. Trigger was squeezed again and missile #3 fired. The missile made a small correction to the left then back to the right and guided straight away. Pilot maintained the dot centered.

Approximately 5 to 6 seconds after launch, detonation was observed. Almost simultaneously, two enemy missiles were observed coming from the vicinity of the detonation. Evasive action prevented more thorough observations of detonation. The flight turned to a heading of 210°, maintained 9,000 feet, airspeed 500 knots, and egressed the area.”

Joe Kittinger is officially credited with the destruction of the MiG 21. 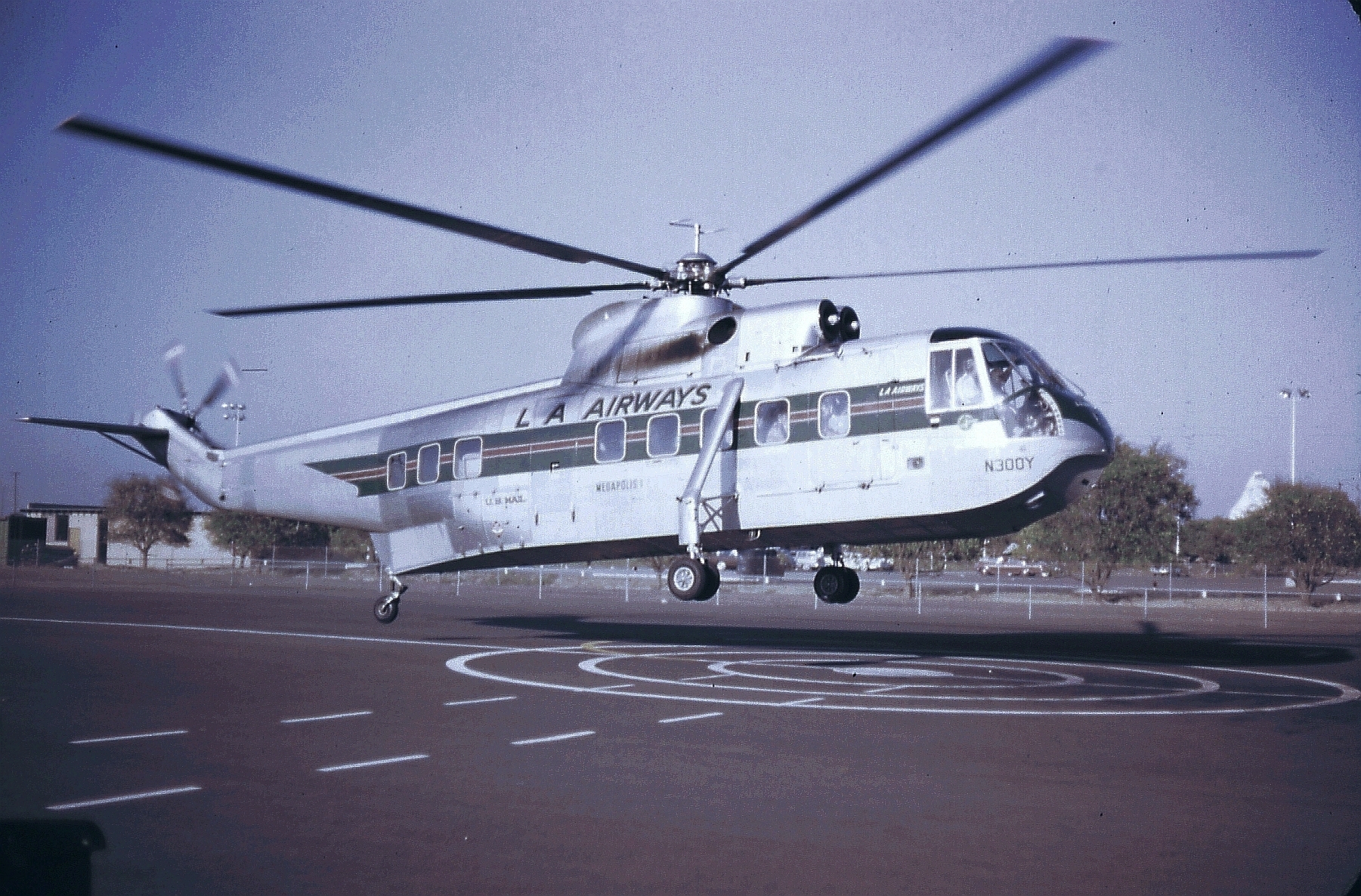 Shown in the photograph above is LAA’s Sikorsky S-61L, FAA registration N300Y, at the Disneyland Heliport, Anaheim, California. LAA was the first civil operator of the S-61, purchasing them at a cost of $650,000, each. N300Y was the prototype S-61L, serial number 61031. On 14 August 1968, N300Y suffered a catastrophic main rotor spindle failure and crashed at Leuders Park, Compton, California. All 21 persons aboard were killed.

The Sikorsky S-61L was a civil variant of the United States Navy HSS-2 Sea King and was the first helicopter specifically built for airline use. The prototype, N300Y, first flew 2 November 1961. 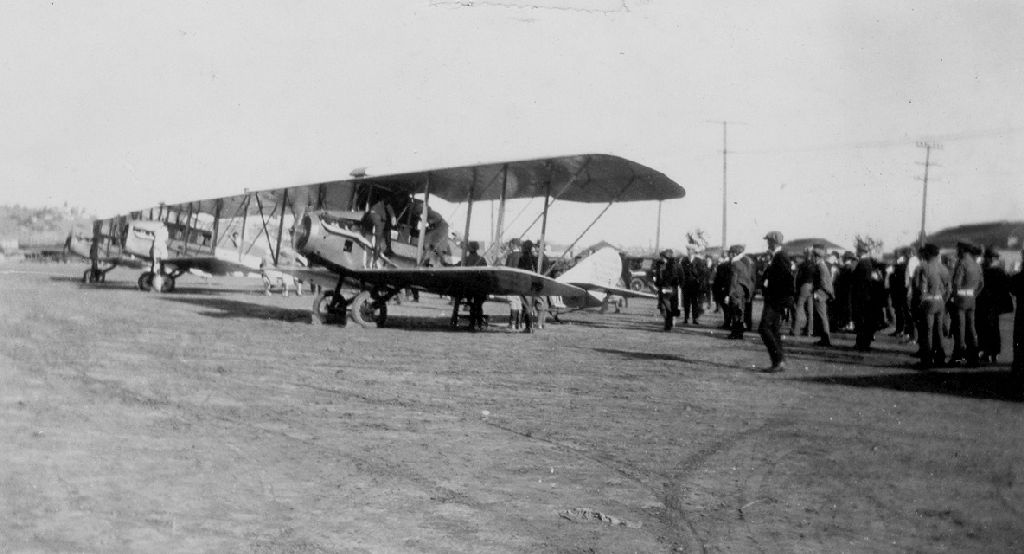 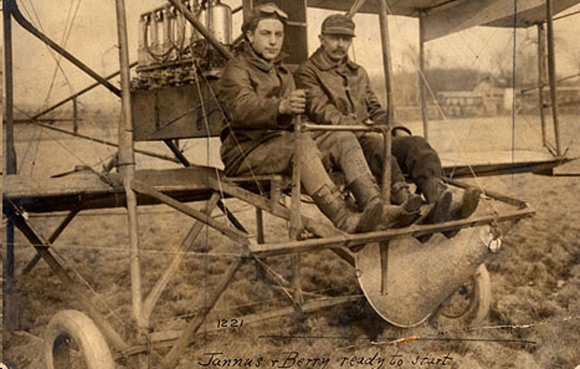 Pilot Antony H. Jannus and Captain Berry took off from Kinloch Field, a balloon-launching field in Kinloch Park, (now, Lambert–St. Louis International Airport, STL) and flew aboard a 1911 Benoist Type XII School Plane, 18 miles (29 kilometers) to the drop zone at Jefferson Barracks. The airplane was a pusher biplane which was based on a Curtiss pusher, and is also called the Benoist Headless.

Barry had his parachute packed inside a conical container mounted beneath the airplane’s lower wing. They climbed to an altitude of 1,500 feet (457.2 meters). 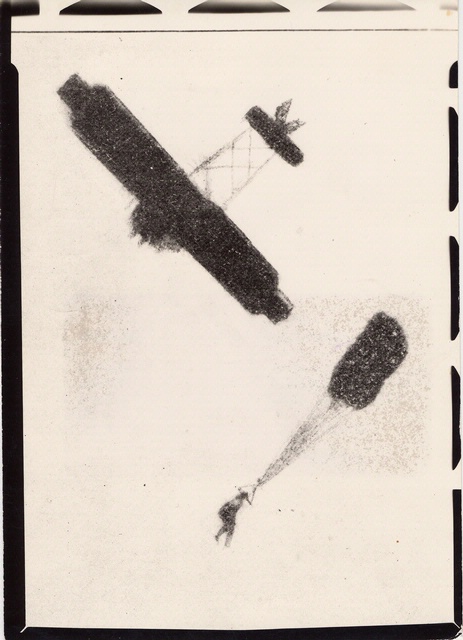 When they reached the desired altitude and were over the barracks’ parade grounds, Berry attached the parachute to a harness that he was wearing, then lowered himself on a trapeze-like bar suspended in front of the wings. He pulled a lanyard which released him. The parachute was opened by a static line.