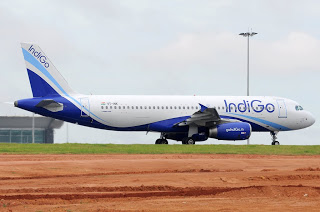 In what was described by a frequent flyer as the “scariest flight of his life”, a passenger on board a Mumbai-Delhi IndiGo flight suddenly turned violent mid-air on Wednesday and started raising Islamic slogans while threatening to harm the aircraft. The situation turned so alarming that the cabin crew and passengers pinned down the flyer, Mursalim Shaikh, 41, and blocked the aisle with a food trolley to prevent him from making a dash for the cockpit.

IndiGo Flight 6E 196 made a quick descent in Delhi after seeking priority landing, where Shaikh, a used car dealer from Babu Tansen Chawl in Virar, was handed over to security agencies.

For the complete story in the Times of India, click here.