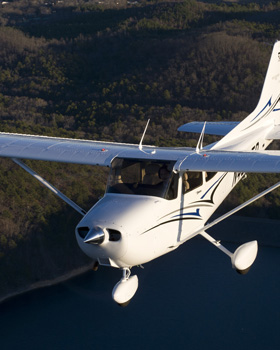 Three people died in a plane crash Friday evening in the woods near the Knox County Regional Airport in Owl’s Head, Maine. Airport manager Jeffrey Northgraves confirmed that the accident happened Friday around 5 p.m. when the plane was taking off and it struck a pickup truck driving across the runway.

The plane crashed on the runway, caught fire and continued on about 300 yards into the woods beyond the runway, Northgraves said.

John Newcomb, president of Down East Air, said flames were shooting 10 to 20 feet high when he arrived and that others at the scene tried unsuccessfully to pull one of the occupants from the burning aircraft, which was consumed by flames.

For the complete story by Stephen Betts of the Bangor Daily News, click here.