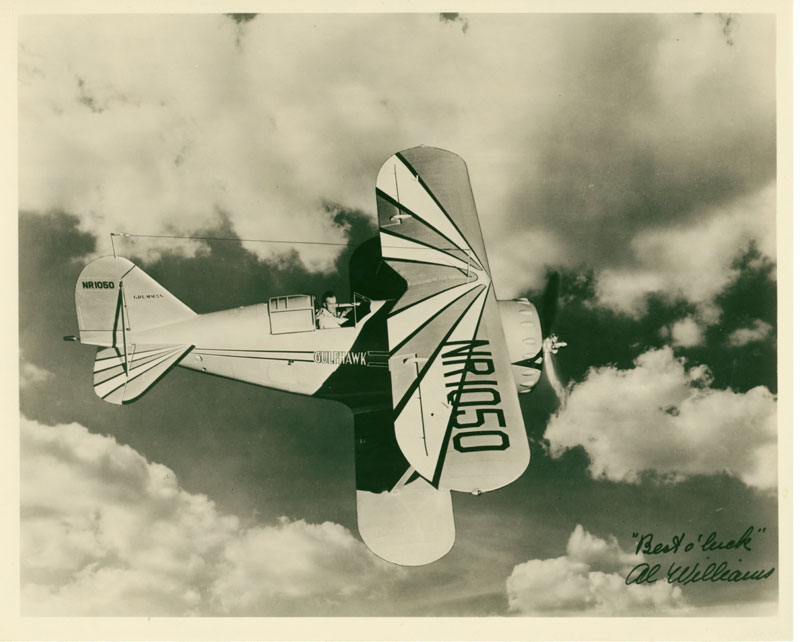 When I saw the article on Al Williams, I remembered some photos and information given to me by the wife of Al’s son, Jack, back in the 80’s. I had met Jack when he and his family were living in Charlotte, NC, and he shared with me some of the fascinating photos and stories of his famous pilot father, Al Williams. After Jack’s death, his wife, Linda, passed onto me two photos and two magazine articles from Jack’s files. The photos are signed publicity photos of Al Williams flying the Gulfhawk II and the Gulfhawk IV. The interesting thing is that Jack had hand-written on the back of both photos the history, specifications, and statistics of each aircraft for his files. I’ve included copies of the photos.
Greg Platko
Mint Hill, NC 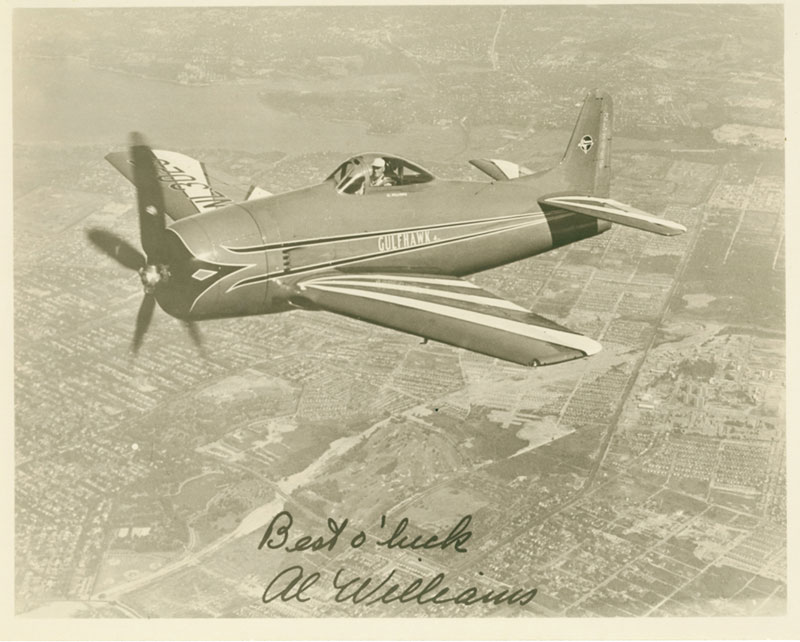