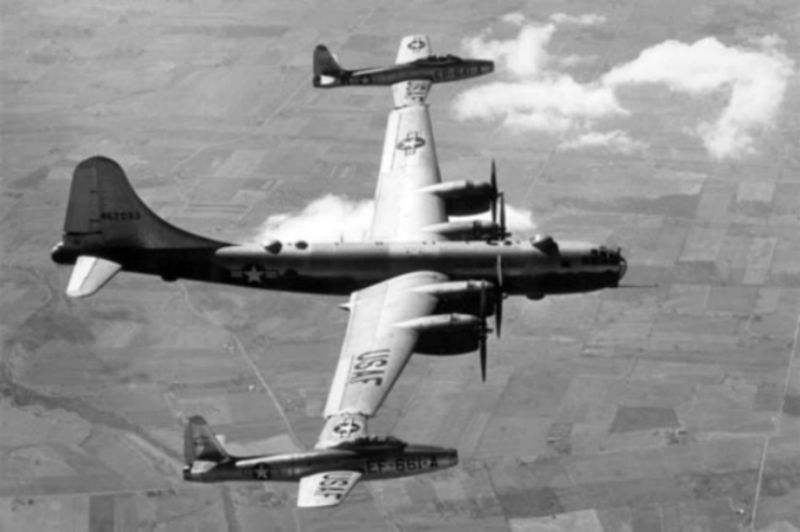 U.S. Navy aircraft carriers are a dominant presence in waters around the world, and interestingly enough, the Air Force once tried to make a flying version.

During World War II, bomber aircraft could fly thousands of miles to their targets, unlike gas-guzzling fighters, which had much shorter ranges. This was a big problem for bombers, since they were sitting ducks without fighter escorts.

After the war — amid the beginnings of the Cold War and the rise of long-range strategic bombers — Air Force Maj. Clarence “Bud” Anderson began testing a coupling system on a C-47 Skytrain in 1949, according to The Dakota Hunter. Using a lance on the wingtip, the World War II ace successfully connected with the ring mounted on a C-47.

For the complete story by Paul Szoldra of We Are The Mighty, click here.